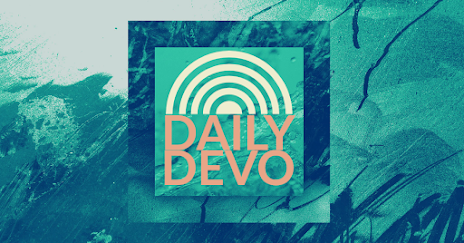 We're all enduring another election here in these United States, and I'm tired of it.  I'm guessing you are, too.

The thing that has ground my gears more than anything this election season is the number of candidates who claim to be all about "family values" and "Christian principles" and are utterly devoid of either.

Listen, I'm the last person on the earth who ought to judge someone for what they've done in the past.  But don't act like you've never done anything wrong and then deny that you have when it comes out that you did.

And another thing (since I'm on my soapbox)...

When did it become okay to pretend that you can speak for Jesus when pretty much everything you say doesn't sound like anything that Jesus would say?

Then again, who am I to judge anyone?  Like most Jesus-followers, I'm following Jesus at a safe distance and doing it as imperfectly as possible.

Most days, I'm guessing that Jesus looks out over the motley crew of people who have assembled in his name, slowly shakes his head, and mutters to no one in particular, "I honestly can't believe these people are on my team."

Despite our best efforts as Christians to completely mess up Jesus' message, his image, and his entire purpose for everything that he did, Jesus still somehow manages to transcend all of that and finds his way into the public discourse over religion, politics, and all the rest of the things that tend to divide us.

Maybe you've seen the numerous ads on TV lately that end with the words "He Gets Us," which is a direct reference to Jesus himself.  Multiple people reached out to me, asking what I thought of them.

The ads are part of a $100 million ad purchase by an enormous charitable trust and are designed to offer a different kind of Christian image that isn't mired in divisive issues.

But when I did some research, I discovered three of the leading organizations behind the ads (National Association of Evangelicals, Luis Palau Association, and Christianity Today) are very conservative Christian organizations whose constituencies tend to support the kinds of politicians that I mentioned earlier in this piece.

I was forced to reflect that when I'd first seen the ads, I was excited about them and thought they were brilliant, but after I discovered who commissioned them, I wasn't.

I began to realize that in my own myopic way, I thought I could control Jesus, too.

Pastor and author Brian Zahnd once wrote something about this that convicted me when I read it and convicts me still:

Christianity does not create or control Christ.  And the radical freedom of Christ is such that he can show up in unexpected places and surprising ways--even among those who are attempting to control him for their own purposes.

I absolutely love this, and I also find myself troubled by it.  On the one hand, it speaks directly to the angst I felt over the TV commercials and the groups who created them.

On the other hand, it also speaks to my desire to control Jesus and his message, which I am learning is something that cannot be done by any of us.