Showing posts from January, 2014
Show all

In 1998 I landed my very first job in a church--as a part time youth director for a tiny 80-member church in Tallahassee, Florida .  The pay was less than part time, if we're being honest--but the hours weren't.  You can't really do part time youth ministry--at least not very well. There was this kid that found us one year.  I think someone invited him at some point, and before too long he was permanent fixture at just about every youth event we had.  He lived with his disabled mom in a small apartment that smelled faintly of cigarette smoke and dog fur. He would call me sometimes and ask if I could give him a ride to one thing or another--to the store, to Walgreens...  If he couldn't get a hold of me, he would try one of the kids who could drive--but mostly he got a hold of me.  Sometimes our excursions would take several hours--hours I didn't have with a wife and small child at home, and a mountain of school work to complete so I could finish college. Once a
Post a Comment
Read more

The Sermon - Week One: "Blessed" 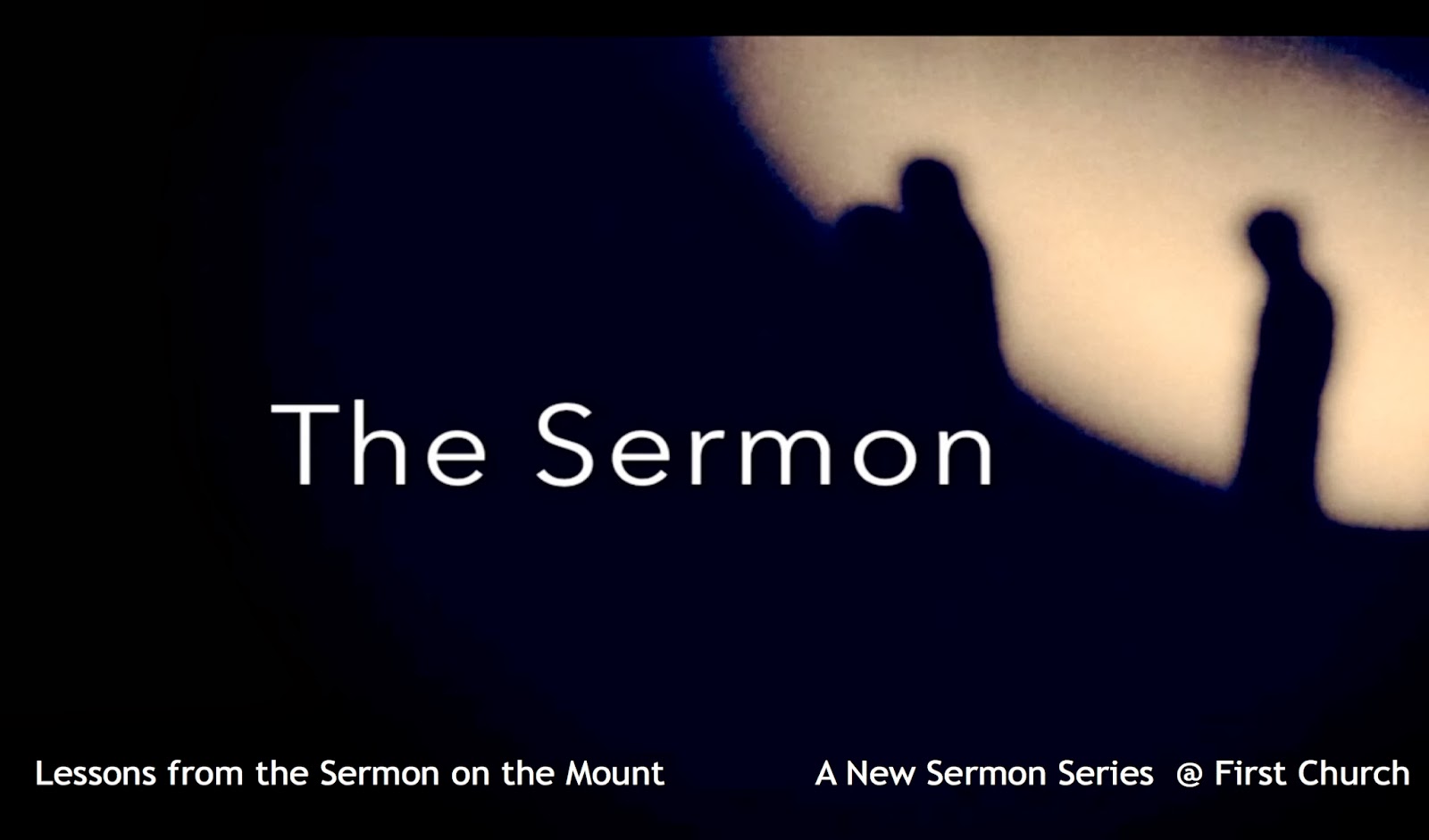 There are lots of legends that surround Chuck Yaeger , the jet pilot who broke the sound barrier in 1947, but one in particular speaks to his singular ability to defy convention, push down fear and accomplish what had been thought impossible. Almost every pilot who had attempted to break the sound barrier before him had perished in the process. Legend has it Yaeger discovered the controls of the jet would act differently as the plane approached the speed required to break the sound barrier, so much so that they were very nearly reversed.  Only by treating them as if they were upside down, so to speak, would the plane operate under the extreme conditions imposed upon it by exceeding Mach 1.   It's a legend, to be sure, but an interesting one.  And it begs an interesting question... How many of us would be willing to trust that the controls of the jet we were piloting at supersonic speed would actually work the opposite  of how we've been told  they were supposed to wor
Post a Comment
Read more

This week, as part of our effort to live in the rhythm of the Church calendar , we'll be celebrating the Third Sunday after Epiphany.  Interestingly, this is also known as the Third Sunday of Ordinary Time . I know. It's weird church-y stuff, but hear me out.  Regardless of what we call this particular season of the Church, we have to be aware of where  it's located: sandwiched between Advent and Lent.  The pause between signs and wonders--between Nativity and Resurrection. Which teaches us something about what it means to be a Christian. I am almost positive that the Church fathers who came up with this whole season thing knew exactly  what they were doing.  There is something about this strip of ordinary in between the extraordinary celebrations of Christmas and Easter that helps us understand what it means to follow Christ beyond the signs, beyond the wonders. This whole being a disciple of Jesus thing---it's about more than just Christmas and Easter,
Post a Comment
Read more

Travel to The Holy Land With Pastor Leon & Merideth 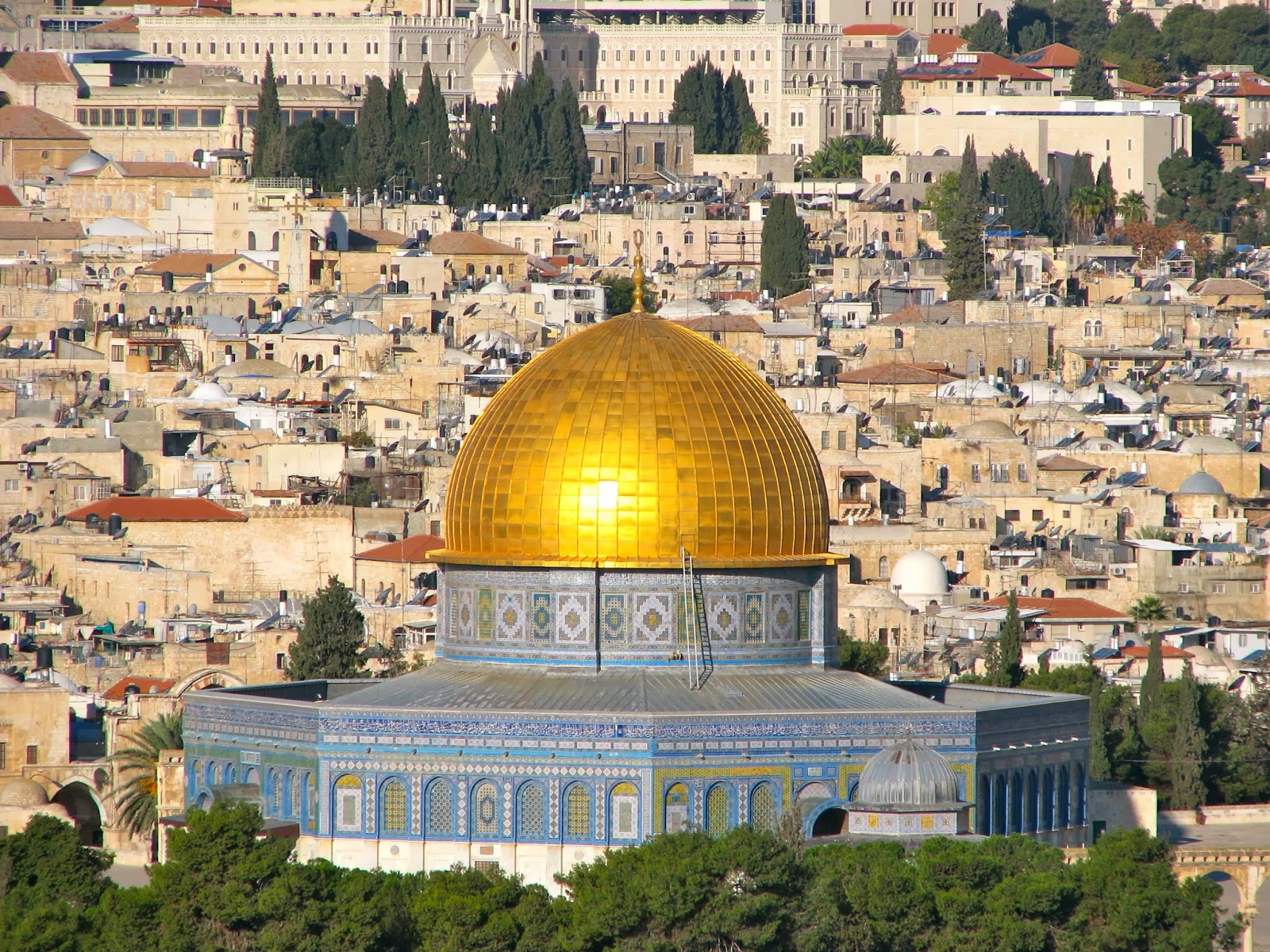 Before we returned from our second trip to the Holy Land in as many years, my wife Merideth and I began planning our next one. We hoped to return once again in the Spring after Passover and Easter, which seemed to us like the perfect time to go. We also wanted to make sure that we secured who we believe is the very best guide that anyone could ever have on a trip to the Holy Land: Erez B'Galil.  And we wanted to add some exciting components, provide our pilgrims with the opportunity to experience some of modern Israel , and have more opportunities for me to teach onsite, and offer learning opportunities that are catered to our particular group. Well, we did it.  All of those things fell into place, and Merideth and I will be getting the chance to lead another incredible trip to the Holy Land in April, 2015 and I'm offering a great opportunity to folks who would like to join me. Merideth and I are inviting our friends, family, church members or anyone who is intereste
Post a Comment
Read more

Next Monday we will celebrate an important national holiday---the only one instituted in my lifetime: Martin Luther King, Jr.'s Birthday. MLK Day was officially recognized as a national holiday during the tenure of President Ronald Reagan , which I am sure might surprise more than a few people. I remember that in the early days of it's institution there was a great deal of controversy regarding MLK Day--remnants of old enmities that were difficult to shed.  My children will never know such things.  To them it is simply a national day of remembrance for a man who gave his life in the struggle for freedom and equality. The speech that Martin Luther King, Jr delivered in front of the Lincoln Memorial in Washington DC on August 28, 1963 is commonly known as the "I Have A Dream Speech ."  It's more than a speech, though.  It's a sermon.  And I think it's a sermon that changed the world, which may seem like a pretty bold statement... but there you go.
Post a Comment
Read more

Kingdom Come - Week Two: "Take Me To The River"

This week at my church we’ll be celebrating “Baptism of Our Lord” Sunday, or as it is also known, “The First Sunday After Epiphany.”  Actually, it’s not ever really known as “The First Sunday After Epiphany,” but since next Sunday is the “Second Sunday After Epiphany,” I just assumed we could do that sort of thing.  I hope I don’t upset any official church people, and get an official letter of reprimand from the official magisterium of whatever.. I lied.  I really hope I do.  That would be cool to frame and put on my wall. We are, in fact, studying a passage of Scripture from the Gospel of Matthew that tells one of the accounts (there are four) of the baptism of Jesus by John the Baptist .  Baptism is one of the two sacraments that us Protestant-types celebrate in the Church, the other being the Lord’s Supper .  Catholics have seven or something like that, which is kind of cool, but definitely more complicated. The reason why we have named this month-long sermon series, “The
Post a Comment
Read more

This Sunday we will be celebrating what is officially known as "The Epiphany of our Lord," the day that ends the season of Christmas (the famous "12 Days") and begins the season of Epiphany in the Church.  I didn't make these things up, people.  Christians have been celebrating this stuff for a good long time, and I kind of dig it, to be honest. But what does "Epiphany" actually mean, and why should we even care about any of this stuff anyway?   To begin with, "epiphany" is a word that essentially means "realization," or more specifically, "inspired realization."  When you have an epiphany you know it.  You feel it in your bones.  It's more important than realizing that you took a wrong turn on the way to Albuquerque and ended up in Hoboken.  That would be a seriously wrong turn, I might add.   An epiphany is when you realize something that has the potential to change your life, the way you think about
Post a Comment
Read more
More posts