Showing posts from September, 2018
Show all

What The Pharisees Can Teach Us

Sometimes it feels like the dominant voices in cultural Christianity these days seem to be espousing the very kinds of beliefs and practices that Jesus himself warned against. In the first century, members of the ancient Jewish sect known as the Pharisees were not always uniform in their interpretations of the Torah, but they were united under one common banner: the notion that God would only bless God's people if God's people were faithful. And by faithful, they meant faithfully adhering to the 613 rules in the Torah, as well as a host of additional rules that were tacked on for good measure. They also believed that the blessings of God would never fully fall upon Israel unless the entire nation kept the rules, and returned to more traditional beliefs, and practices. So the Pharisees spent a lot of time policing what other people were doing and calling them on the carpet when they perceived faithlessness was afoot. Jesus described the Pharisees like this: They t
Post a Comment
Read more

For You Yourselves Were Foreigners

I've led four trips to the Holy Land over the last few years, and each time I have had the opportunity to visit Israel's moving and inspiring Holocaust museum, Yad Vashem.    The name Yad Vasehem comes from the prophet Isaiah chapter 56:4-5.  The verse reads, "I will give them in My house and in My walls a yad veshem (a place to memorialize their deeds), and thus their name."  One of the many things about Yad Vashem that wounds my spirit deeply is an exhibit of all of the countries of the world that either actively participated in the Holocaust, or who passively participated because of their general antipathy toward Jews.   The United States is among the latter group of nations.  In fact, one of the darkest moments in U.S. History during the World War II era was the sad tale of the refugee ship, the St. Louis.   The U.S. government refused to receive nearly 600 Jewish refugees from Germany, who were on the St. Louis, and who fled that country just prior t
Post a Comment
Read more

He who longs the most lives the longest  - Khalil Gibran One of my favorite television shows of all time was the short-lived science-fiction series Fringe , which ran for five seasons and 100 episodes.   The plot centered around the conflict created by an opening to another dimension that revealed a parallel universe and alternate realities.  After watching Fringe for a while, I got to thinking about dimensions, realities, heaven, and God--because that's naturally what you do when you're a pastor and you watch shows like Fringe.   Sue me, I'm weird.   At any rate, after a lot of reading studying and pondering I came to believe that, since the idea of a heaven somewhere "up above" just doesn't make any sense, the idea of realities on the other side of our reality is the best way to think about such things.   In other words, "where God is," most likely is just on the other side of what I can perceive--right here, right now.  So God isn'
Post a Comment
Read more

Yesterday was one of those days when I didn't really stop moving until I fell into bed at the end of the evening.  And when I did, I fell asleep almost as quickly as my head hit the pillow.   We're in the middle of preparing for my son's wedding at the end of this week, and there was a long list of things that needed doing before wedding guests and family started to arrive.  You don't know how tired you are sometimes until you stop.   I would classify the kind of tired I was last night as a good  kind of tired.  I was at the church early in the morning, preached two services, did yard work, loads of laundry, prepared bedrooms for guests, ran errands, cleaned, entertained guests for dinner...  It was a good day filled with good work done without experiencing what I have come to call the Tyranny of the Urgent .   But there are days when I'm tired because I allowed myself to become over-scheduled, over-stressed, not well-rested, and generally overwhelmed
Post a Comment
Read more 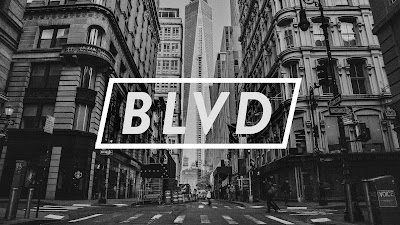 Today we are going to be continuing the sermon series BLVD--and the idea behind this series is pretty simple: Christians need to become roads that connect people to Jesus.  We don't need to be roadblocks or impediments. Let me ask you a question:  Have you ever been lost and stopped to ask for directions----Okay, that actually probably needs to be a question all on its own, right?  Seriously, have you ever stopped and asked for directions and you got the worst directions ever given? Oh, I have.  For sure. I remember once I was lost somewhere in the middle of Georgia.  This was in the dark days before smartphones, kids.  Back when you used to have to use an archaic thing called a map. So I was lost in the middle of Georgia and the map wasn't helping all that much because I had no idea where I was on the said map.  So I finally gave up and stopped at a gas station where the guy working there was actually sitting outside in a rocking chair. I asked him how to get to
Post a Comment
Read more

In 2014 mega-superstar Taylor Swift released 1989,  which produced seven number one singles, and sold (to date) 7 million copies.  It was, in my humble opinion, the best album Swift ever produced.  Okay, go ahead and hate on me because I happen to like Taylor Swift.  I can take it.   So, I already loved 1989 , but something happened in 2015 that made me love it even more.  Ryan Adams, one of my favorite singer/songwriters, recreated it song-for-song.   Adams masterfully changed the arrangements and the overall style of every single on the album, reinterpreting them musically, but leaving them unchanged lyrically.   I was listening to Adams' version of 1989  this morning and I was struck anew with the brilliance of what he was able to do.  Adams took Taylor Swift's songs (which had been produced for mass commercialization and pop consumption), and tapped into the soul of her lyrics and gave the songs unexpected depth, more complexity.    What Adams was able to do w
Post a Comment
Read more

In the church communities of my youth, we were taught that people were inherently awful.  You might think I'm exaggerating, but I'm not--not by a long shot.  I have a distinct memory of some pastor or another preaching on how people are just born bad, and then he used the analogy of how deceitful and manipulative infants could be when they wanted something... like food... or their diaper changed.  I know it's hard to believe but it's that kind of teaching that dominated Christian culture for centuries.   And when the message of your inherent awfulness is one that has been drummed into you by people and institutions you trust, it's really hard to shake the feeling that you aren't all you're cracked up to be.   No wonder there are so many Christians who are angry, argumentative... and afraid.   Thankfully, over the past fifty years or so there have been more and more Christian thinkers, artists pastors, theologians, and authors working toward chang
Post a Comment
Read more

What I See In You, I See In Me

Have you ever known someone who was a black hole of negativity?   You know, the kind of person who finds the cloud in the silver lining--the one who unceasingly criticizes others, spews hatred, venom, and anger at the world only to alternate with morose, unflagging self-pity.   I've known a few people like that.  They bring out the worst in me.   Because the worst in me---is that person.   Years ago, I was taught by a very kind, wise and insightful man that when I'm fixing someone with the withering gaze of my scrutiny and numbering their faults on my internal ledger where I'm constantly keeping score, that I should repeat these words:  "What I see in you, I see in me."   These words have served to sober me more than once, and bring me back from the brink of self-righteous anger and judgment to a place of brokenness, repentance, and openness.   I'm reminded today that I haven't been saying those words enough lately.  In one of my daily readi
Post a Comment
Read more

I think over the course of my lifetime I've read the story of the call of Samuel the prophet from the Hebrew Scriptures at least two dozen times or more, but I saw something new when I read it today.   As a young child, Samuel had a nighttime vision/encounter with God where God spoke to him and gave him a prophecy to relate to the high priest.  The translation of that prophecy that I read today goes something like this:  And the Lord said to Samuel:  "See, I am about to do something in Israel that will make the ears of everyone who hears about it tingle."   - I Samuel 3:11 God shares with Samuel that what God is about to do will be spoken of, and the power of those descriptions of God's actions will tingle the ears of those who hear it.   God's prophecy that Samuel delivered was against the abuses and excesses of the high priest Eli, and his family.  They had begun to use their position, influence, and power to further their own agendas, not God's
Post a Comment
Read more

I made the mistake of stepping into the path of the 24-hour news bus this morning.  I feel like I'm run over and lying in a gutter now.  Lesson learned.   The old adage, "No news is good news" takes on new meaning in this current culture of ours.   Seriously, if we're not being constantly confronted with the sobering images of one natural disaster after another, we're being inundated with stories of political scandals, shootings, and an endless parade of grandstanding politicians, who can't seem to get out of their own way.  It wears on you.  Walter Brueggeman writes:  Ours is a time like the flood, like the exile, when the certitudes abandon us, the old reliabilities have become unsure and "things fall apart."  It is happening all around us and to all of us.  You and I have a choice to make when all is said and done.   We can allow ourselves to be overwhelmed by the way things are, or we can find a way to transcend it all.  We can beco
Post a Comment
Read more

Today we're going to continue our sermons series BLVD.  The idea behind this series is very simple:  Christians need to become roads that connect people to Jesus.  We can't be the roadblocks that get in their way.  We need to make the way clear.  As part of our way of illustrating these sermons, we've been focused on the idea of intersections, and proper directions, but now I'd like to shift gears a bit and illustrate today's sermon a bit differently.  We're still on the road, but let's step into a bus for today while we roll, shall we?  When I used to live in downtown Chicago, I would take the bus to seminary from time to time.  It was about a thirty-minute ride in traffic with several stops along the way.  Where I got on the bus, there would typically be very few seats available, so I would often have to stand.   I remember one day I boarded the bus and discovered there was only one open seat, but a woman had placed her bag on it.   As I starte
Post a Comment
Read more
More posts