Showing posts from July, 2013
Show all

Samuel: A Study In Character - "What Lies Beneath" 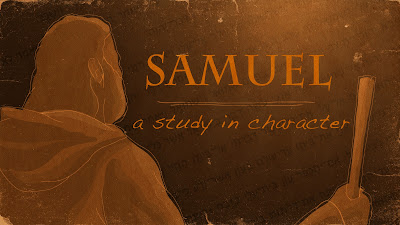 This week I am concluding the sermon series that we've been working on for the past several weeks: Samuel - A Study in Character.  Although we've been focusing on stories from Samuel's life, we've quickly discovered that his life is closely intertwined with the lives of both Saul and David ---the first and second kings of Israel .  Saul was the first choice, so to speak---but he was chosen as a result of the demands of the Hebrew people to be like all the other nations.   David was God 's choice---chosen from the margins, an unlikely young man from an unremarkable family. Let's begin by diving right into the text from 1 Samuel 16:1-13: 1 The Lord said to Samuel, “How long will you mourn for Saul, since I have rejected him as king over Israel? Fill your horn with oil and be on your way; I am sending you to Jesse of Bethlehem. I have chosen one of his sons to be king.” 2 But Samuel said, “How can I go? If Saul hears about it, he will kill me.” The Lord
Post a Comment
Read more

Samuel: A Study In Character - "The Afterthought"

This week I am continuing to preach through the book of 1 Samuel, focusing on the life of the book's namesake:  The prophet Samuel , himself.  Strangely, so much of the life of Samuel is intertwined with two of the other great characters in the story: David and Saul.  But as we discovered last week, the real main characters in these ancient narratives are a bit more elusive. Let's start by diving right into the text for a change--1 Samuel 13:1-14: 1 Saul was thirty years old when he became king, and he reigned over Israel forty-two years. 2 Saul chose three thousand men from Israel; two thousand were with him at Mikmash and in the hill country of Bethel, and a thousand were with Jonathan at Gibeah in Benjamin. The rest of the men he sent back to their homes. 3 Jonathan attacked the Philistine outpost at Geba, and the Philistines heard about it. Then Saul had the trumpet blown throughout the land and said, “Let the Hebrews hear!” 4 So all Israel heard the news: “Saul
Post a Comment
Read more

This week I am continuing the sermon series that we started a few weeks ago entitled, "Samuel: A Study in Character," which will take us through the some of the most fascinating stories from the life of the great prophet and judge, Samuel. Samuel's birth narratives and the story of his prophetic calling have definitely set the stage for what comes next.  It's evident that when it comes to Samuel, we are not dealing with just your every day run of the mill prophet.  Samuel was  on a whole other level, but even this great man of God had some low moments.  We'll be skipping a couple of chapters in the book of 1 Samuel, but I want to highlight two things that stand out to me in the passages we are leapfrogging to get where we are going today: First, there is this moment when the people of Israel are freaking out because the Philistines are about to descend on them and give them an old fashioned Ancient Near Eastern butt whooping.  They come to Samuel because
Post a Comment
Read more

The Light Bulb of the World 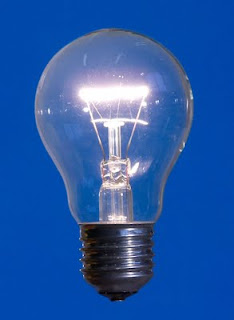 On a recent visit to the Holy Land , we were given a tour of the Church of the Holy Sepulcher , one of the oldest and holiest Christian sites in all of Jerusalem , which basically makes it one of the oldest and holiest Christian sites in the world. Our guide took us to a small chapel that stands opposite the Shrine of the Holy Sepulcher--a chapel that had been nearly destroyed by fire once, and never rebuilt.  There is a light bulb hanging from the ceiling in the chapel, which gives the smoke-ruined room it’s only light.  The guide proceeded to tell us the following story once we were inside: It seems that the bulb burned out in the chapel many years ago after the fire.  None of the Christian denominations that vie for control of the Church itself wanted to concede authority over the chapel to another denomination, but none of them particularly wanted control over it themselves.  So no one changed the bulb.  On the one hand, the bulb needed changing, but if any one group all
Post a Comment
Read more
More posts