Showing posts from April, 2011
Show all

The Greatest Prayer - Week One

This week I am beginning a new sermon series on the Lord's Prayer entitled, "The Greatest Prayer."  The title of the series is borrowed from the excellent book by John Dominic Crossan of the same name that was just recently published.  Crossan is a progressive theologian, and I struggle to find agreement with much of what he asserts about Scripture and Jesus.  He does, however, raise some thought-provoking questions about the structure, purpose and role of the Lord's Prayer that got me thinking.   Here's the thing... do we even pay attention to what we are saying when we pray the Lord's Prayer?  I think that most of drone through it with everyone else in church just to move on to the next thing. But, as Crossan asserts, the Lord's Prayer is a revolutionary prayer.  It's the sort of prayer that is dangerous to pray and mean it.  When I was in the eighth grade I had a Speech class where we had to deliver a variety of speeches, including the recitat
Post a Comment
Read more

The Lord Has Spoken 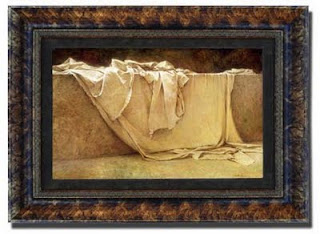 This Sunday is Easter. I have been waiting for it for a while.  I need me some Easter.  I need the dawn to break and to know that the sun is coming up and that the night is about to be over.  I need to feel resurrected. Maybe you've been feeling that way, too. When you go to church this Sunday, if you're the church-going type, you'll undoubtedly hear the story of Jesus' resurrection read at some point.  You will at my church...at both services. A friend of mine asked what I was preaching on this Sunday.  He was being funny.  I thought about being funny back and saying something like, "Actually, I am going to be preaching on Giving this Easter.  I figure since I've got a full house, why waste it?" So when you hear the story of the Resurrection read from one of the Gospel accounts on Easter Sunday morning, what do you think?  Most people who find themselves sitting in a church pew on Easter morn typically know at least a little about the reason t
1 comment
Read more

Image by rachelandrew via Flickr Today is Palm Sunday , and I'm preaching on palms.  It's the beginning of Holy Week ---sometimes called the "Week of Weeks" in the Christian tradition.  It's the week that we celebrate what defines us as Christ-followers: The Resurrection. Christians are called to live into the hope that identifies us as Resurrection People: the hope of resurrection and restoration for all of Creation.  The Church is called to embody what it looks like when the Shalom or Peace of God in Christ rests over all things.  Unfortunately, we have lost the plot. That's why I wanted to preach on palms today.  In the story of Jesus' triumphal entry into Jerusalem that you can read HERE we are invited to locate ourselves within the narrative.  As Jesus entered Jerusalem for the Passover , he did so in a dramatic way: riding on a donkey with people waving palm fronds and throwing down their cloaks in the road.  It was a demonstration that wa
Post a Comment
Read more 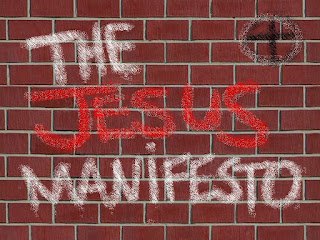 Last week I preached on the Gospel . We learned that the Gospel--the "good news"--is bigger and far more expansive and inclusive than we ever imagined.  We also learned that for many people--especially Christians--it's hard to live into the hope of that good news.  We tend to want to stay in our safe little world where nothing has to change--including us. This week we are taking this a bit father.  Once we finally "get" that the Good News of Jesus Christ is something that is bigger, better and far more transformational than we ever imagined, we should move to embrace it and live into the hope of a Resurrection LIFE.   But what does that look like?  The New Testament writers tended to think it looked like " justification ." What does it mean to us that because we embrace the Good News that God has justified us?  And what is our response to this? I think it comes down to two things.  You have to know Jesus, and then you have to show Jesus.
Post a Comment
Read more
More posts