Showing posts from October, 2011
Show all

The Sermon Takes The Fall 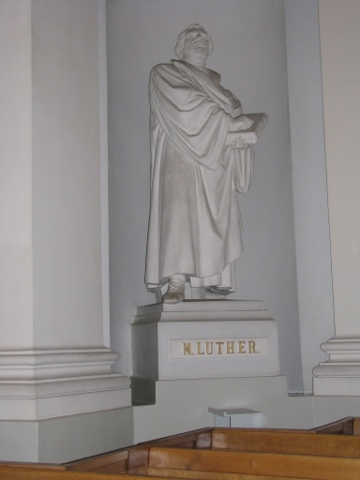 The photo here is nothing more than a nod to Reformation Sunday. This is a photo of a statue of Luther in the largest cathedral in Helsinki. Luther stood up to the religious hierarchy in the late Middle Ages.

I am sure he preached sermons that were longer than 20 minutes...

Yesterday both of the worship services at my church ran over the time that we allotted for them. The reason for the overrun was two-fold: First, we received 12 new members into our church at both of our services, and second, we had a member give a personal testimony of how God was transforming her life and making her more content with less.

Both of these events during worship took extra time. They were also both awesome. Our congregation needed to experience God "adding to our number" and to see the joy of the new members as they solidified their commitment to our family of faith. We also needed to hear the story of transformation that the testifying member shared.

This week I am concluding the sermon series that I have been working for the past few weeks, entitled "iLife: living the life you were meant to live."

My sermon is entitled "iWin."

When I was a sophomore in high school my basketball team went to the state championship.  We lost by three points.  I don't remember much about the game, to be honest.  I do remember the game that we won in order to get into the championship, though.  THAT was a great game.  We were playing a team that had just shellacked us earlier in the season.  Their three point shooting just destroyed us, and we couldn't score.

I remember walking into the locker room after the game and I was so angry about the loss that I put my fist through a door.  It was a low moment, I admit.  In my defense, the door was fairly cheap, and gave way far too easily.  Besides, I hurt my hand.  But the principal from the school we were visiting was fairly irate when he saw it.  I ended up paying for the d…
Post a Comment
Read more

Why We All Need Tim Tebow To Succeed 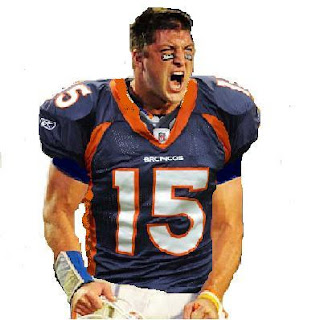 There was a time when I didn't care for Tim Tebow a whole lot.

He wrecked my Florida State Seminoles every year he played against them when he was the Quarterback of the Evil Empire (aka University of Florida).

There was a time when I was critical of the way he wore his faith on his sleeve pretty much everywhere he happened to be.

Two things happened that changed all of that.

First, he was drafted by the Denver Broncos, which happens to be my favorite NFL team---like my childhood NFL team that I've been cheering for since I was ten.  When this happened I forgot all about the fact that he was a Gator.  He became a Bronco and that was it.

The second reason is way more important, though.  Tebow became my son's favorite athlete, and when I realized this I also realized how wrong I'd been about the guy.

Because my son saw him as a guy who had overcome tons of obstacles, ignored the haters who told him he would never play QB in high school... or in college... or in the …
Post a Comment
Read more

This week I am going to be preaching on Sabbath as part of the "iLife" sermon series.

Whenever I think of the word "Sabbath," I think of lying on the couch on a Sunday afternoon after a huge meal with football on the television, and the knowledge that I will soon be sleeping.

I'm pretty sure that over half of the people who come to church on Sunday have a nap in their future.  Some of my parishoners don't wait until they get home to start their nap---they just catch forty winks right there in their pew.

I can see them.  I don't think they know that.  In my last church there was an elderly lady who would come to church and would sleep through half of the service, but very nearly all of my sermon.  Without fail, she would leave, shake my hand and tell me what a good sermon I preached.

Remember when things were "closed on Sunday?"  I am old enough to remember these things.  You didn't just pop in to the store on Sunday after church to grab…
Post a Comment
Read more

This week I am beginning a new sermon series entitled, iLife - living the life that you were meant to live.

As some of you may have figured out by now, I am a bit of an Apple nut.  And by Apple I mean the corporation, not the fruit.  I have an iPod, an iPhone, an iPad and a MacBook Pro, laptop.  I would like to have an iMac for my home computer but my wife said enough was enough for the moment.

Apple just announced the release of it's newest iPhone, which is already breaking pre-sale records.  More importantly, though, Apple released it's newest software update for all of it's devices in order to support the iCloud---an innovation that will change the way we listen to music, interact with one another, work and create...again.

There's something about the names of all of these new Apple innovations that we tend to gloss over because we get so enamored with their coolness.

They all start with "i" 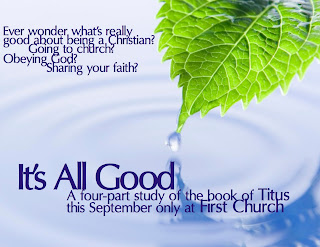 What's the point of Christianity?

Ever thought about that?   I have been lately.

Can you name it?  The point of Christianity, I mean.  The purpose of it.

Say this is Family Feud and you are sitting with Richard Dawson (the creepy, womanizing original host) at the final challenge where 100 people were surveyed to come up with the purpose of Christianity...

What would you think?

These are entirely made up stats.  But I bet my eye teeth that if we did a real survey it would look sort of like this made up one.

Because most Christians think the main purpose of Christianity is to save their own... ahem.

Do you think we need a better story?  Seriously.  Escaping Hell doesn't seem to have the kind o…
Post a Comment
Read more

You Lost Me - Book Give Away 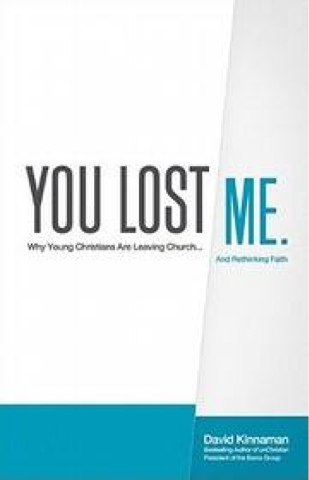 David Kinnaman, one of the co-authors of the influential book "unChristian" and the president of Barna Group (one of the most on point research companies in the country) has a new book: You Lost Me: Why Young Christians Are Leaving the Church and Rethinking Faith.

I had the chance to see Kinnaman this past week at the Catalyst conference and to hear him speak a couple of times. The thing about Kinnaman is that he backs up his assertions with data, which is what made "unChristian" such an eye-opening work. I fully expect that "You Lost Me" will be just as eye-opening, and sobering.

I have an extra copy of "You Lost Me" that I will give away to the first person who offers a comment on this blog. Leave your email so I can contact you.

This week I am preaching the third installment of our four-part sermon series on the book of Titus, entitled "It's All Good."

This week's sermon is entitled, "Good News," and as you might imagine by the title (or maybe not) we're going to be talking a bit about evangelism.  Come to think of it, it's not that evident by the title exactly what we'll be covering in this sermon.  Oh well, we all need a little mystery, don't we?

I am going to start with a parable that I ripped off and paraphrased from the great Peter Rollins, who wrote this in his book The Orthodox Heretic, which will blow your mind if you read it.  So, if you prefer your mind unblown, don't buy it.

It seems there was a pastor, who had a gift for preaching.  He was a fiery preacher, who was highly sought for revivals, conferences and the like.  He also had a gift that he kept a secret.  It seemed that whenever he prayed a blessing over someone, they would immediately lose the…
Post a Comment
Read more
More posts