Showing posts from September, 2009
Show all

You Gotta Serve Somebody 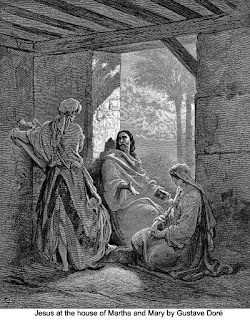 I used to lead this mission trip to Mexico every year.  I think I must have led close to 8 trips--all to a small, very poor area just outside of Tijuana.  Unlike so many mission trips with Christian groups, we chose to really and truly embed our groups within the community rather than stay somewhere "safe" and then be bussed in to do work. We felt pretty superior about our approach to missions, actually.  We were proud of our humility. Then there was one trip where My friend Brian and I were the project leaders for a pretty large roof repair job.  Homes in the suburbs of Tijuana are not exactly constructed with simple roof repair in mind.  This one was no exception.  The family who lived there had added rooms to their house over the years when they were able to afford it and when they had materials.  We arrived to "fix" their roof, which was leaking badly and we had plenty of money and materials to spare.  We also had a lot of bright, shining Christian young
1 comment
Read more 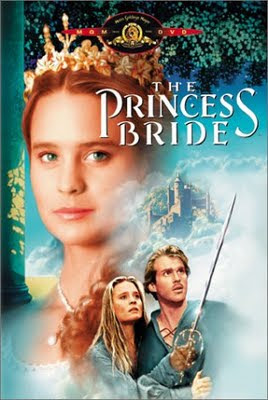 Go ahead. Ask me what my favorite "chick flick" is. The Princess Bride , that's what.  The pic at the top of this entry gave it away, I know. There are three reasons why it is my favorite "chick flick." 1. It's not a chick flick.  2. The only kissing is at the end of the movie... where it's supposed to be. 3. It has Andre the Giant in it. Any of these reasons could stand alone in their own right as pretty dang valid reasons why The Princess Bride is atop my list of romantic films.  But when the aforementioned reasons are lumped together, I don't see how anyone could argue against it. There is a scene in The Princess Bride that makes me giggle a whole lot...the wedding scene where Peter Cook, playing a priest with a speech impediment presides over Princess Buttercup's almost wedding to the evil Chris Sarandon (and I hear he's still pretty evil).   Here it is. Wuv...  true wuv...  gotta love that. I've been reading and re-re
1 comment
Read more 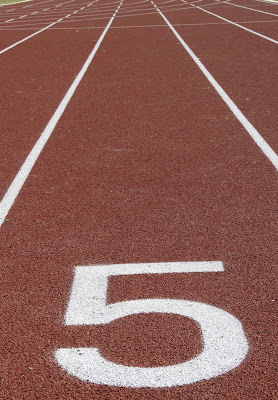 I am not a fan of exercise. I mean, I do it. I just don't like it. Currently, I am in pain in a variety of locations of my body because I decided in my infinite wisdom that I could lay off of going to the gym for a while AND eat whatever I wanted without any consequences. BOY was I wrong. I think I've tacked on almost 15 pounds since that ill fated decision about four months ago. Bleh. This week I am preaching on spiritual growth, and I am doing so from I Corinthians chapter 9. If you are not familiar with this passage it's where Paul essentially uses about twelve different sports metaphors to teach a group of early Christians about how they need to be getting their spiritual life cross-trained. Yes, I said "cross-trained." It was unintentional, but I'll leave it now that it's there. Funny how the very things that the Apostle Paul was worried about concerning those early Christians are some of the same issues that Christians in our own culture st
Post a Comment
Read more 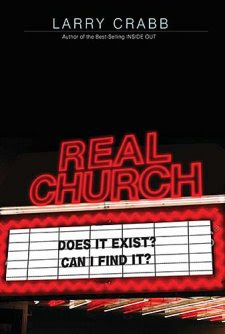 In his newest book Real Church: Does It Exist? Can I Find It?, author Larry Crabb recalls a moment when he was attending church and found himself bored, disillusioned and drifting off. He took a pen and wrote a note in the margins of his bulletin: I think I might have to give up Christianity in order to follow Christ. He later decided that Churchianity would have better described what he was feeling. And so, Real Church essentially begins with Crabb’s own honest admission that he has lost interest in attending the sort of church that seems to dominate the North American landscape. He then declares that he does want to be part of a church that is “real.” What follows is an often provocative and thought-provoking manifesto (of sorts) for those weary, church-going North Americans Crabb believes join him in the search for “real church.” Real Church also offers Crabb’s critiques of both the conservative evangelical as well as the emergent, missional and socially/theologically liber
Post a Comment
Read more 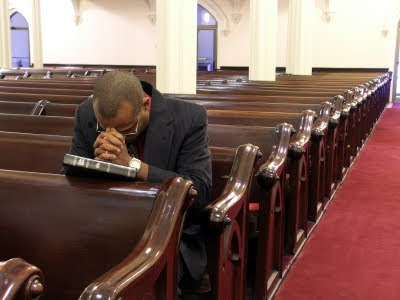 I’m preaching on prayer this week. It’s been a tough week to preach on prayer because I have been doing a lot of it and none of it seems to be working. At least not like I want it to work. Take the other night for instance. My wife and I drove to the church where I serve with the intention of going into the sanctuary to pray. This is something that we do from time to time as a way of being connected to God and to one another. In the moment of prayer as we lay on the floor, breathing in the smell of church, we both felt that everything would be all right. We actually believed for a moment that all of the worries and anxieties that had been plaguing us during the week (and they were many) had faded and we were at peace. But on the ride home they all came back in a rush. Whatever peace I had felt went out the window, and I found myself right back where I started--troubled and fearful. In my heart I wanted desperately to believe that my prayers were heard and that God was going to
Post a Comment
Read more
More posts