Showing posts from February, 2012
Show all

Burning the Q'ran: An Excuse for Bloodshed? 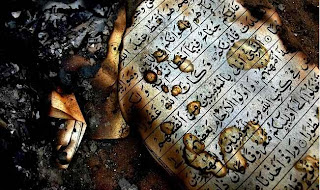 If you have been watching the news lately, you may have seen that nearly forty people have died in Afghanistan as a direct result of an accidental burning of some copies of the Muslim holy book, the Qu'ran--including 4 Americans, who were murdered in cold blood in supposed "safe" zones.  There have been riots throughout the country in retaliation, and several bombings by the Taliban, who are using this to their own advantage. U.S. soldiers burned the copies because they contained radical messages written by inmates of a detention center.  The copies of the Qur'an were being used by the inmates to communicate with one another.  Hence, their disposal. President Obama has issued an official apology, which was read publicly by the Afghan president.  But since Afghanistan is a largely illiterate country, with little or no mass media---no one got the memo that we're sorry.  Many people, including a number of Christians, were angered that our President would apolog
Post a Comment
Read more

The Things That Divide Us Define Us

This week as the launch of our Lenten sermon series "Walls: What Separates Us From God and Each Other?" I will be preaching on Division. But first, let's take a look at Lent and what it means. Lent is a season within the church that has it's roots in repentance, though it has come to take on different meanings, depending on the tradition within which it is celebrated.  It quite literally refers to "40 days," or more specifically the forty days between Ash Wednesday and Easter.   For centuries Christians have viewed the Lenten season as a time for reflection, discipline and self-control.  Lent has become synonymous with "giving up" something, or denying oneself pleasure as an act of solidarity with the suffering of Christ . More recently, Christians have begun "taking up" something like the disciplines of fasting, prayer or Bible study as a means of expressing their devotion. It's my belief, however, that we need to return
1 comment
Read more 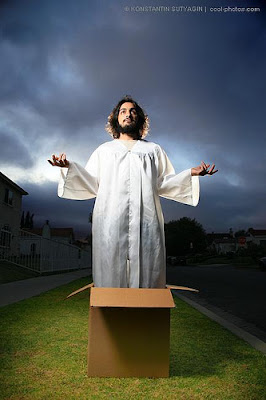 Fellow Christians of all political, social and theological stripes...  Hear me now. Jesus can't be bullied into our categories. He can't be jammed into boxes where we think he belongs, and where he seems safest to us. We can't speak for Jesus--as if we are the authority on exactly what Jesus might say or do at any given moment on any given topic. And we can't assume that Jesus' silence on any given topic means that Jesus would have affirmed and/or condoned our beliefs about it. Jesus is not a Republican. Jesus is not a Democrat. Jesus is not a hippie sage sitting in a room full of would-be protesters helping them paint signs. Jesus is not a corporate spokesperson smiling broadly over mergers and acquisitions. Jesus is not a televangelist. Jesus is not a sports figure. Jesus is none of these things... But depending on our world view, our theology, our desire or our downright willfulness, we try to make him into one or several of them. And w
1 comment
Read more 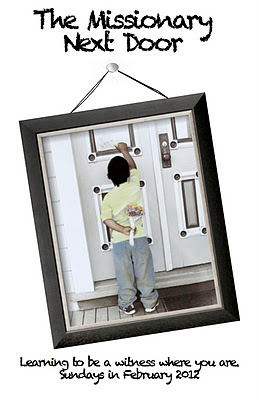 This week I am preaching the conclusion of the sermon series, "The Missionary Next Door: learning to be a witness where you are." Before we get in to the text and start digging around, let me ask a question:   How good are you at picking up on non-verbal cues? Non verbal cues are the subtle facial expressions, body language and gestures that tell you what someone is really thinking even when they may not be speaking. Most of us have at least some experience with these kinds of things. How can you tell if someone is really listening to you?  If they are wearing a shirt like this:  They probably aren't listening. Just a hunch. How can you tell if someone is lying? "They're a politician and they're talking..." probably went through your head right then.  It went through mine.  There's something to that, to be sure. What about this?  Think about a moment when someone communicated their faith to you without saying a word. Recently, I was
Post a Comment
Read more 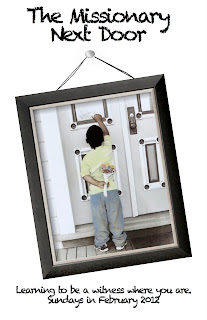 This week I am continuing the sermon series I'm developing entitled, "The Missionary Next Door: Learning to Be A Witness Right Where You Are." Evangelism is a loaded term for many Christians, and a dirty word for others.  Most of us who call ourselves Christians struggle to be witnesses And yet, it is one of the three basic commands that Jesus gave to his disciples--love God, love your neighbor as yourself, and go make more disciples. The old "tried and true" forms of evangelism don't seem to be all that tried and true any longer.  Sitting down with someone and giving them the four spiritual laws complete with graphics and Scriptural references is not really going to be that effective in our culture any longer---if it ever really was. Neither is banging on their door and asking them if they died right this second, do they know where they would spend eternity---in Heaven or in Hell? We need a new approach.  We need to start looking at Evangelism t
Post a Comment
Read more

Evangelism Re-Defined: The Missionary Next Door

This week I am beginning a new three-part sermon series entitled, "The Missionary Next Door:  Learning to Be A Witness Right Where You Are." The question that really drives this series is one that should cause anyone who calls themselves a Christian to straighten a little in their chair:  "Why don't more Christians share their faith?" I think there are a lots of reasons, but here are a few of the most prevalent---according to me.   Most of us are worried that we'll get asked a question that we can't answer and then we'll look stupid.  Some of us worry that if we share our faith that we'll be labelled as "one of those" Christians and then we'll look stupid.  Then there are others of us who are afraid to say that we're a Christian because we don't really act like one at all in front of people...and we know that makes us look stupid. Did you know that you get opportunities every day to be a witness to what God has done fo
Post a Comment
Read more
More posts