You Shall Know The Truth 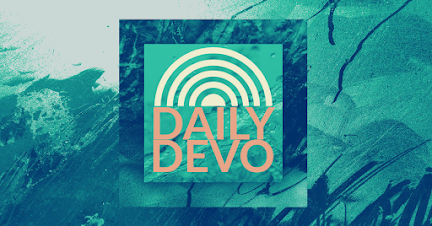 Many people talk about truth as if it's concrete, set in stone, not at all relative, abundantly evident, and crystal clear.

The problem is there doesn't seem to be much consensus about what constitutes truth in our culture, and even less when it comes to things that might be considered universally true.

Truth has been politicized and weaponized by not just political organizations but also religious ones---each seeking to gain a monopoly on the truth to support their own agendas.

Even we regular folk have a hard time knowing what's true and what isn't anymore because there seems to be so much misinformation on social media platforms, cable news, the internet, and such.

And what some of us believe to be accurate might be grounded in absolute fantasy, wishful thinking, and outright delusion.

Still, if we are told repeatedly that a thing is true by sources we believe to be truthful---it's hard to dissuade us otherwise.

There's a verse in the Gospel of John where Jesus speaks to some of the religious leaders of his day who felt like they had a corner on the market regarding what was true about God's love, grace, and acceptance.

They were respected, imbued with authority, and thought to be the trustworthy sources of what constituted holiness and salvation.

Jesus begged to differ, however, and had this to say to them:

In the context of that verse, Jesus is trying to explain to these religious folk that he wasn't just peddling another form of truth; he was embodying the Truth.

In other words, anything other than God we believe to be the Truth, isn't.

At this point, you might be saying, "What the heck, man? What are you trying to say?  Are you saying there's no way to know what's true?"

"Not exactly," is about the best answer I can give to that question.  Because anything that we believe to be true is most likely on a continuum relative to what is the Truth.

Some things that certain groups believe to be true are farther away on the continuum from the Truth than others, and if we are perceptive and let go of our own prejudices and preconceptions, we can see this clearly.

So what do we do in this culture of mistrust to gain the wisdom we need to stay as close to the Truth as possible with our beliefs, ideas, and convictions?

I recently read a great quote from Melody Beattie that offers some insight:

So much of what we need to do to free our hearts and souls is simply to acknowledge [the Truth]. The rest will happen naturally.

When we acknowledge that God is God and we are not, we also gain the strength to let go of our need to be correct.

When we recognize our biases, brokenness, and blatant attempts at control, we can be set free to let the Truth guide us to what's most trustworthy and best rather than our flawed perceptions.

Scripture states that the "fear" or "reverence" of the Lord is "the beginning of wisdom."  This is where it all begins for us---the ability to discern the truth by first surrendering to the One who is the Truth.