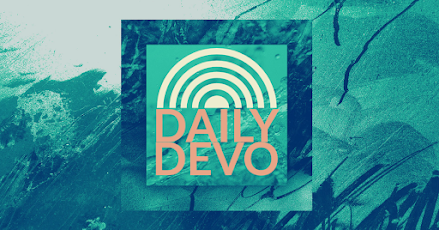 Years ago, when anyone and everyone began to create Facebook pages and join Facebook groups, I started discovering scores of old friends I had known when I was a young man working at Walt Disney World.

As I began fielding friend requests as well as sending a few of my own, almost every one of these people I had known back then had the same question for me:

"Are you really a pastor?"

They knew who I was when I was a twenty-something young fellow who had never met a party he didn't like.  And there were stories they could tell about many things I had either forgotten or didn't want to remember, if you know what I mean.

I also discovered that there were more than a few people to whom I  owed apologies because of my ungentlemanly, boorish, and uncaring actions during that time.  It wasn't much fun, but I did my best to make things right.

But there was one friend from long ago who had a different kind of story to tell.

He messaged me privately and said, "Hey, I know many people are shocked that you ended up being a pastor, but I'm not surprised."

Then he went on to tell me how I had been his supervisor during the time when his father had passed away suddenly.  He had to call me that day to let me know he wasn't coming to work.  I was the first person he shared the news of his father's death with right after it had happened.

"I don't remember much of what you said," he told me.  "But I do remember how you spoke to me kindly and how much it meant that you cared so much to take the time to let me know how sorry you were and how I shouldn't worry about work at all that day."

Then he told me that I was doing exactly what I should be doing, and he knew that because he saw the evidence of it back when we were young.

I remember reading that message and then just weeping like a baby.

I hadn't realized until that moment how much I'd felt like a fraud.  My imposter syndrome had kicked in something fierce after all of the messages from my old friends and acquaintances, but the words from my friend's message fell on me like grace.

The other day, I read this fantastic line from Bob Goff:

We don't need to let who we used to be decide who we're going to be.

I love that line so much.  It speaks directly to how so many of us sometimes feel when confronted with memories of our past mistakes, poor decisions, missteps, and the like.  We can quickly begin to feel like an imposter, like we're not worthy or not enough.
Maybe some of you out there today feel as though you have been disqualified somehow from sharing who you have become because of who you've been.  I understand what that feels like, but I also know it takes grace to overcome it.
Sometimes the grace comes from others, like the message I received from my friend.  Other times it comes with the overwhelming feeling that God is present with you, sees you, loves you, and forgives you.
But the grace that is the hardest to come by for most of us is the grace that we show to ourselves.  We are our own worst critics.  We are the judge and jury condemning ourselves for the things we've done or the things that have been done to us.
This is where we have an opportunity to do something different, though.  We must strive to see ourselves the way that God sees us.  God sees us in our brokenness and fragility, loves us as we are, and loves us far too much to let us stay that way.
And here's the most important thing we need to see:  God leaves our past where it belongs... in the past.  Who we used to have no bearing on who we are becoming because of the love and grace of God.
May you let go of whatever in your past keeps you from moving forward into a more hopeful future.  May you show grace to yourself today and every day from this day as you become the person God longs for you to be.
And may the grace and peace of our Lord Jesus Christ be with us all now and forever. Amen.