When There's No Room For Doubt 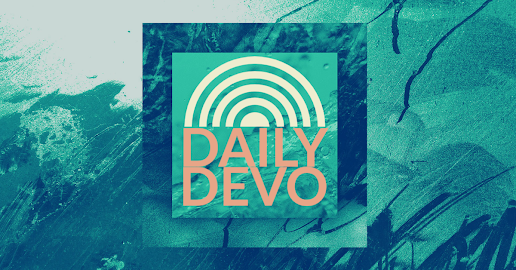 I remember the first time I started to doubt that the faith I had been raised to embrace as my own wasn't all it was cracked up to be.

I was in the 6th grade, and my Bible teacher at the Christian school I attended taught Jesus' parable of the rich man and Lazarus.

In the parable, the rich man wakes up in Hades after he dies and can see Lazarus (a poor man who used to beg outside his house) hanging out with Abraham in Paradise.

Because I'd been taught that the Bible was literally true, I assumed (like everyone else in the room) that even though the story was a parable, it was somehow accurate. I wondered to my teacher how Heaven and Hell could be so close.

My teacher then told us that in Jesus' day, Sheol (or Hell) and a place called Paradise were both at the center of the earth, separated by a barrier.  He even drew a diagram.

Interestingly, he was merely echoing beliefs about the afterlife that existed in first-century Judaism, particularly within the teachings of the Pharisees.  These beliefs stated that to pass into Paradise, you had to spend some time being refined in Hades.

The ancients also believed that whenever there was a volcanic eruption, it meant that Hades was creating more space to accommodate the recently departed who needed extra work on their souls.

But my teacher stated all of this as fact.  And when I started to push back on what he was saying, asking where in the Bible he was getting his information, he told me to stop questioning the Scriptures and move on.

At that moment, I began to wonder if most of the authority figures in my religious community just might be full of... well, you know.

My wondering led me to listen more carefully and critically to what I was being taught, and by the time I was 15, I wasn't sure if I  really believed in God, the Bible, or Christianity as a whole, for that matter---most of what I'd been raised to believe.

Sadly, there are still so many faith communities with no room for doubts and questions---no matter what is being taught.

And according to all of the most recent polls and nationwide surveys, people are rejecting religion in record numbers, primarily because of this. Some find refuge in more open and inclusive faith communities, but most simply leave.

But when a system is enforced that leaves no room for doubt, benign uncertainties can mutate into faith-destroying monsters.  When doubts are locked away in a closet of secrecy, they can grow into formidable ogres.

The good news for me is that I did find my way back to a faith that was life-giving and built on a better foundation.  Exhibit A for how all that turned out is that I'm writing this Devo today!

Interestingly, some of the "bricks" used for that new foundation had been there from the beginning because not everything was discarded--just the stuff that wasn't helpful, generative, and smugly certain.

We need to have space in our faith communities and within our hearts for doubts and uncertainties regarding our faith.  If we don't, we risk letting those doubts turn into "faith-destroying monsters."

May it be so for us all, and may the grace and peace of our Lord Jesus Christ be with us now and always. Amen.