The Strange, Appalling Mercy of God 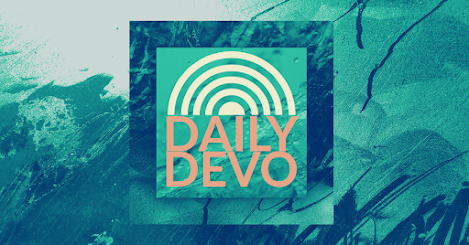 A couple of weeks ago, I preached a sermon about what it means to be both welcomed and included in a community of faith, and the text came from the story of how St. Matthew was called to become a disciple.

Matthew was a tax collector, meaning he was a pariah in his community.  After he was called to follow Jesus, Matthew hosted a dinner for Jesus and the other eleven disciples at his house.

The overly-religious people in the community were appalled at this because "good people" did not associate with people like Matthew and his friends, who were described in the text as "tax collectors and sinners."

Jesus' response to the overly-religious people (Pharisees) was to quote them a passage of Scripture from the prophet Hosea.  Jesus said:

"Go and learn what this means: 'I desire mercy, not sacrifice.'" (my italics)

I've been thinking a lot lately about the implications of those two juxtaposed words: mercy and sacrifice.  What Jesus wanted those overly-religious folks to understand is that their efforts to gain God's approval by keeping the rules and regulations of their religion weren't actually aspects of true religion.

Instead, Jesus told them, God desires that you show mercy, which means that your heart is in tune with the nature of God, who is indiscriminate with God's loving-kindness, grace, and forgiveness.

In other words, it doesn't matter what you say about yourself; it's what you do that reveals who you really are.

Jesus chose to universally show mercy rather than adhere to rules that held mercy at bay in favor of piety, self-righteousness, and a myopic and exclusive worldview.

The trouble with following Jesus' example is that it's pretty freaking hard to do.  It means that we must set aside our own notions of what constitutes religion, piety, and even holiness and focus instead on simply loving people.

This is harder than it sounds.  We all know this to be true.

Graham Greene once wrote: You cannot conceive, nor can I, the appalling strangeness of the mercy of God.

Something is passing strange about the kind of mercy that welcomes the broken and used up, the pariahs, the outcasts, the prideful, and unrepentant.

God's strange mercy extends to the overly religious, pious, and those who are confident in their position on what's holy and what isn't.

It finds its way to those who feel as though they are so beyond the reach of mercy that it may never find them at all.

And this is the mystery that confounds us even more than all the rest: God's strange mercy falls on you and me--all the time.

This strange mercy is what we are called upon to offer to the world.  It's the kind of mercy that can heal wounds, dissolve divisions, soften anger, erase hatred, and foster love, grace, and peace.

May you find moments today when you can show mercy and loving-kindness to others---even the others you want to believe don't deserve it.  Exhibit the true religion that offers mercy, not sacrifices.