A Willingness To Change 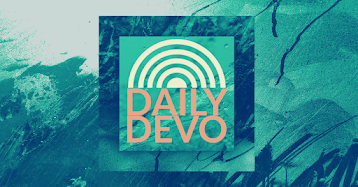 Fr. Anthony de Mello shared this brilliant little parable in his book The Song of the Bird:
A Christian scholar who held the Bible
To be literally true
was once accosted by a scientist who
said, “According to the Bible the
Earth was created some five thousand
years ago, But we have discovered bones
that point to life on earth
a million years ago.”
Pat came the answer: “When
God created earth five thousand
years ago, he deliberately put those
bones in to test our faith and see
if we would believe his Word
rather than scientific evidence.”
If you are reading this and you wonder how someone could be so obtuse in their thinking and that this is most likely a hyperbolic story, think again.
I've heard these things my whole life as (primarily) well-meaning people seek to justify their belief that the entire Bible is not only literally true but also inerrant and infallible.
The view illustrated in de Mello's parable is known in Christian circles as the belief in a "Young Earth," which is the notion that the Earth is only 6,000 years old because that age fits within the parameters of the Genesis account in the Hebrew Scriptures.
Some of the most revered ancient scholars and theologians, like Origen and St. Augustine, didn't hold to this notion, but that hasn't kept modern adherents to the idea from holding on to it, along with many other terrible ideas as well.
But there's hope that things can change and that Christianity can find its way forward, despite the steps back that it seems to be taking lately with a rise in exclusionary beliefs, the rise of Christian nationalism, and some terrible end-times theology.
Did you know that for the first 1600 years of Christianity, nearly all Christians believed that the earth stood still at the center of the universe?
Galileo (credited with the invention of the telescope) was nearly executed for saying otherwise and was branded a heretic by the Church- a move that was only recently reversed.
And yet, far too many Christians hold on to beliefs that don't hold up to the scrutiny of real scholarship, profound interpretation, solid, historical criticism, and (and most importantly) the work of the Spirit in the world.
If we would be faithful disciples of Jesus, we need to be open to having our tightly held views on theology and Scripture turned upside down occasionally.  We need to be willing to admit that we don't know everything.
And most importantly, we need to be willing to allow Christ to both form and inform our beliefs, and not the other way around.  When we lead with our tightly-held beliefs, we can find ourselves following a version of Jesus that looks just like us.
We can all do this to resist such a thing from happening: we can read, listen and pray.
We need to read the Bible, study it with an open mind, and with the help of good study aids.  We should read books that challenge our beliefs and lead us to ask good questions.
We should also listen to good teachers, theologians, and the like and listen to people with whom we disagree.  If we live in an echo chamber, we'll never be challenged or refine our understanding.
And we should spend time praying, waiting to hear the voice of the Spirit, and communing with God as best we can.  Experience of the Spirit ultimately will lead many of us to transformation or to the words and actions that help transform others.
May it be so for you and me today and every day.  And may the grace and peace of our Lord Jesus Christ be with us now and always. Amen.