The Roads We Build 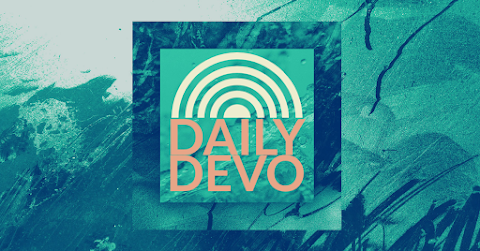 Stevenson was a childhood friend of mine, if that makes sense.  I read many of his books: Treasure Island, Kidnapped, David Balfour, and A Child’s Garden of Verses when I was a kid.

Scott’s Ivanhoe was a well-worn book on my grade school shelf, and later I found an old copy of The Lady of the Lake among my mother’s possessions.  She’d received that worn copy from her father, who found it, and several small bound Shakespeare plays in an old house he renovated when she was a teenager.

By now, you are probably wondering if I was a nerd when I was a kid, and the answer is an emphatic yes.  I was a total nerd.  But then again, there were only four channels on TV and no video games to play or smartphones to stare blandly at for hours.  So I read.

So with all of that in my head, I was then struck by a paving stone I found outside the Writer’s Museum that had the following quote from the Scottish author Neil Munro carved into it:

and yet, this New Road

be the Old Road, too.

That quote really spoke to me, especially since I was full of nostalgia and longing for the stories of my youth and my mom. She fostered my obsession with stories by giving me what she could not fully understand.

In a culture that over-emphasizes the latest trends, technologies, designs, viral videos, music, and movies, we seldom stop to think about how our obsession with new and better affects our own sense of ourselves in the world.

In a world that is moving far too quickly to keep up, it can sometimes seem that we never really stop appreciating the timelessness of what matters most.  We don’t sit still long enough to stay connected to the eternal nature of beauty, the glory of long, well-crafted sentences, or a song that lasts longer than 2 minutes and 40 seconds.

Our worth then becomes inextricably tied to what we can get done or accomplish in a day. We don’t stop and think.  We seldom have time to truly rest.  And we are often distracted and numbed to the world around us by the mindlessness of social media and Netflix.

My mother gave me a precious gift when she handed over that worn copy of Lady of the Lake. It opened a doorway into another world, an older world—that once had been the new world.

I have missed the feeling I felt when I read it for the first time. It was magical, beautiful, and… eternal.  It was a feeling that matters, that defies time and space and busyness and a world spinning madly.

I often wonder what good old world we are passing on to the emerging generations in our culture. Does it have the taste of what Jesus referred to as “that which is heaven” does it feel eternal, beautiful, and trustworthy?

Or do we need to pause for a moment, stop the spinning, and realize that the new roads we’re building may not last long enough to be old, and even if they do, will anyone want to walk on them?

May we all be mindful of the roads we’re building and ensure they are paved not with good intentions but with all of the glory of heaven.  And may the grace and peace of our Lord Jesus Christ be with you now and always. Amen.