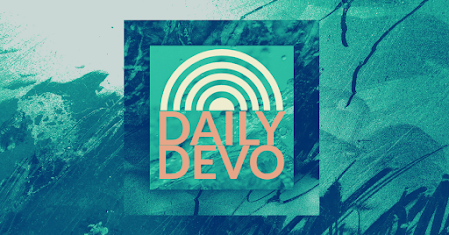 During my two-week stay in Scotland this past June, I observed the weather for what I hoped would be the perfect day to hike up to the top of Arthur’s Seat, one of the imposing mountains surrounding the city of Edinburgh.

As it turns out, I picked the absolutely warmest day possible, but the skies were clear, and there was a reasonably mild breeze, so I set forth.

Several things happened on that journey that I’ve had time to reflect on since then, including hearing a random song on a playlist I was listening to that spoke so directly into what I was feeling that day that I knew it wasn’t random at all.

I should have known when that happened that I was in for a spiritual journey, but I was too busy trying to catch my breath and keep my rubbery legs under me while I climbed.

But in the end, I reached the summit of Arthur’s Seat, asked a stranger to take a photo of me standing triumphantly on top of it all, and then sat down to journal, rest, and drink water.

When I got up to start my descent, I noticed another trail that led off the summit, and upon closer inspection, I realized that it led down to the park at the base of the mountain.  I also realized it was a gentle, much less arduous path than the one I took.

“Wish I’d known that was there!” I said to myself (it might have been out loud, to be fair).  But as I started down the gentle slope, a thought occurred to me…

The way I’d taken was much harder, but when I got to the top, I knew I’d done something difficult and important.  I needed the climb to truly appreciate the goal.  If I’d known about the easier path, I probably would have taken it, and the accomplishment would have been diminished.

In fact, the song I discovered on my way up had a line that went something like this: “I’ve got two choices before me, and I always take the easy one.”

None of us like to think that we would be the kind of person who would choose the easy path over the hard one if given a choice.  We’d all like to believe that we would accept the challenge that the difficult way brings, and perhaps there are times when taking the easier path might be the right choice.

But there is a vast difference between avoiding needless hardship, stress, and struggle, and taking on a challenge to grow, learn and ultimately find yourself.

Taking the easy path can become a hard habit to break once you make it your default.

If you find yourself on a challenging road right now, a climb that is sapping your energy, and taking more effort than you imagined, take a moment to consider that there will be a summit at the end, and you will have breached it.

As Jesus taught, while most people choose the wide, gentle path, it’s often the narrow, difficult road that leads to the most effective forms of enlightenment.

May this be true for you today and every day from this day.  And may the grace and peace of our Lord Jesus Christ be with you now and always.  Amen.