Lessons From The Road - Week Two: What Breaks The Heart of God 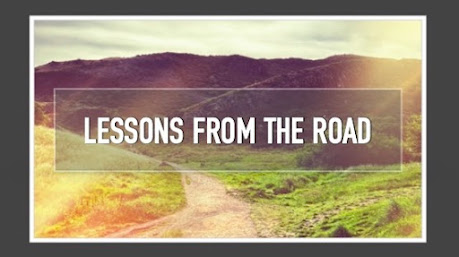 Today I will continue the short sermon series I wanted to preach when I returned from my summer-long sabbatical entitled, "Lessons from the Road."

As I mentioned last week, I did a tremendous amount of traveling over the past several months, crisscrossing the United States with trips out West into New Mexico, Colorado, and all through the South.

I saw some incredible things as I made my way across our country.  And I got to thinking about something as I traveled.

Our country is filled with beauty and wonder--touched by the miraculous, if I might be so bold.  It can make your heart sing to experience it.

Let me show you some of what I saw.

But every so often, as I was traveling, I would be reminded that there's another side to our world ---by billboards on the side of the highway, cable news in the atrium of hotels, and even the very few things that slid through to me on my phone or through friends.

These are things that we can't ignore---even though most of the time we try.

I  have to admit, I thought more than once while I was traveling this summer that I wished I could just retreat from the world, and never have to see, hear or acknowledge the pain and the suffering, the anger and hatred, the violence and division all around me.

We're going to be hearing from the Old Testament prophet Jeremiah today as part of our lectionary teaching.  Jeremiah was known as the "Weeping Prophet" because of the way his heart broke over the needless destruction, wanton injustice and terrible tragedies that he witnessed.

And we're going to be asking two challenging questions:

This is going to require some unpacking and we'll do that as we go.

2. Why don't our hearts break over the same thing?

The answer to this question comes down to our own ability to resist the desire to retreat from the ways our world is not as it should be.

And here's what I want us to focus on today, the one thing that I want you to hold on to throughout this entire sermon and beyond:

True salvation comes when our heart breaks for what breaks the heart of God.

Let's go to our text for today:

8:19 Hark, the cry of my poor people from far and wide in the land: "Is the LORD not in Zion? Is her King not in her?" ("Why have they provoked me to anger with their images, with their foreign idols?")

8:21 For the hurt of my poor people I am hurt, I mourn, and dismay has taken hold of me.

8:22 Is there no balm in Gilead? Is there no physician there? Why then has the health of my poor people not been restored?

9:1 O that my head were a spring of water, and my eyes a fountain of tears, so that I might weep day and night for the slain of my poor people!