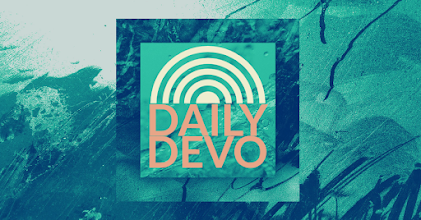 “When I  have a terrible need of—shall I  say the word… religion.  Then I  go out and paint the stars.” - Vincent Van Gogh

When I was on a week of silent retreat, I woke up in the wee hours of the morning in my tiny cottage where I stayed at the Hermitage of New Camadoli, high above the Pacific Ocean.

I don’t know what time it was exactly, but I felt an urge to go outside and look at the stars.  There are no city lights for miles, and the sky is full of them at night.  So I wanted to see what they looked like in the pre-dawn darkness.

I was met with the bright light of a nearly-full moon that illuminated the world around me as though dawn was breaking.  And there were also stars—constellations I couldn’t name, flickering dots in the sky sending their light from millions of years ago to where I stood.

I felt small then.  I was reminded of the photos from the most recent  NASA telescope that has been sending back images of millions of galaxies from millions of solar systems that existed at the dawn of the Universe.

One of the images was absolutely choked with galaxies larger than our own, and the reporter shared that the image was captured from what would be a mere pinprick in our own night sky.  The reporter made the point that the universe is vast beyond our comprehension.

As I stood there shivering and staring at the sky, I felt a sense of the Divine all around me, in me, and through me.  It was a humbling thing to feel, considering how small I felt.

“What is man that you are mindful of him.” I murmured softly to no one, quoting the Psalmist who undoubtedly looked up at the ancient skies peering at some of those same lights and feeling small himself.

Later, when the vividness of my experience faded, I recalled the quote at the top of this page, which I read when I went to an interactive Van Gogh exhibit in Edinburgh.  Van Gogh had issues with religion, so I felt a certain kinship with him.

Van Gogh didn’t lose his faith entirely, he just shifted it to the transcendent, the impermanent, to color, light, and shadow, and even though he painted the stars, his deepest love was for what was earthy and grounded.

I  understand this.  I think most of us do.  We long for more when it comes to our faith—more than mere rituals, traditions, rules, and dogmas.  We long to experience the Creator of the Cosmos, the Eternal, Universal Christ, the power of the Spirit.

The key to genuinely fulfilling this longing isn’t to spend every night stargazing, hoping to feel alive and awakened, only to have the feeling fade when the sun comes up.  The key is to be constantly open to the presence of God, no matter where you are.

It’s not easy to feel the immanence of God on an ordinary Tuesday, but when we awaken our soul to the presence of God all around us, we cannot help but experience God’s nearness.  The stars go with us, so to speak.

May you find ways to open your heart and your spirit to the immanent God who is constantly being revealed if you have eyes to see and ears to hear.  May you carry the stars with you always. And may the grace and peace of our Lord Jesus Christ be with you now and always. Amen.