The Voices In Your Head 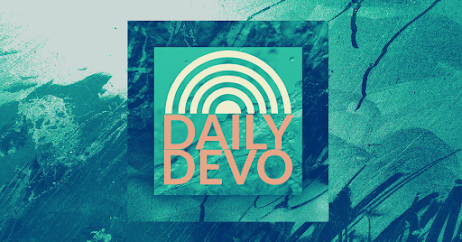 When I was a kid I learned to keep most of my thoughts to myself, especially if they had to do with religion.

When I was little, I was that annoying kid in Sunday school who wouldn't stop asking questions.  I can't even imagine what that was like for the poor volunteer teachers who had to deal with me and my inquisitive and pointed queries.

You see, I was confused as to how all of the species of every animal, insect, bird, and whatnot could fit into an ark that wasn't big enough to hold a small zoo.  I had a hard time believing that God would want God's people to commit genocide.

And I struggled with the idea that so very many people would go to Hell simply because they never "accepted Christ," even when they'd never heard of Jesus.

Over time, those questions became doubts, which led to deeper questions, which led to some serious resistance from the youth pastors, teachers, and pastors I encountered.

The voices in my head got louder then---the ones that told me how sinful, stupid, and shameful I was for pretty much everything I thought that wasn't in line with the dominant message of Christianity---at least the version of Christianity I was a part of at the time.

Funny. Those voices in my head started off by sounding like other people's voices, but before long they just sounded a lot like my own.

I recently read this quote by Hillary McBride that really spoke to me:

Spiritual trauma is someone handing you an inner critic and telling you it's the voice of God.

It's taken me years of struggle, counseling, study, and self-care to get to a point where I understand more fully exactly what that line means to me.  And through it all, that inner critic has been there all along.

Even when my own theology underwent a complete overhaul, and I left the fundamentalist Christianity of my youth behind for good, I still had those voices in my head telling me I was wrong.

Further, I know that at times during my journey I said, did, and taught things that undoubtedly were spiritually traumatizing for others.

I've had to be grace-filled with myself about that fact, and realize that handing down these unhelpful and destructive ways of thinking is quite simply what most of us tend to do when we don't know how to deal with our own shadows.

So if you have been living with an inner critic that someone told you was the voice of God and that you have believed for so long that you are damaged goods, I'm here to tell you something life-giving:

You are amazing and beautiful and cherished by God.  And that voice in your head was planted there, and maybe even by well-meaning people who were afraid of their own shadows so they did the best they could at the time.

Give them, and yourself some grace, and then live into the truth of your glorious purpose.

Discover your best and truest self, by letting go of all of the negative self-talk that is eating away at your very soul.  Learn that the voice of God doesn't speak shame to you, the voice of God speaks love and acceptance, grace and mercy.

That's the voice in your head that you need to pay attention to and banish all of the others.