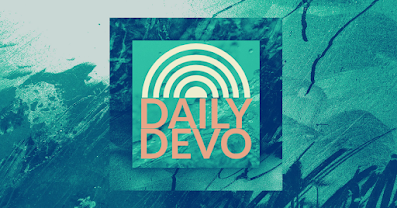 I'm about to share with you one of the most disturbingly confusing verses in the entire Bible.  I realize that's a bold claim, but here you go:

When they saw him, they worshiped him; but some doubted. - Matthew 28:17, NIV

This verse can be found in the post-resurrection narrative of Matthew's Gospel where Jesus gathers with the eleven remaining disciples to give them his final Great Commission.

The reason why this verse is so confusing is that the people in question are the actual Apostles, who would go on to absolutely change the world because of what they'd seen and experienced with Jesus--both before and after the Resurrection.

So what exactly were they doubting?  Some have argued that they doubted that he'd actually been resurrected, which really doesn't hold water when held up against the ministry and mission they all shared later.

Here's what I think.  I think that some of the disciples of Jesus doubted whether or not they would be able to go on without him---at least in the way they'd known him before.

Their understanding of who Jesus truly was needed to change, and they were struggling with it.  Their experience was with the Jesus of History, and not so much with the Cosmic and Universal Christ.

I get that.  I have had that same experience when it comes to the Jesus I thought I knew vs. the Jesus that I've encountered after years of life experience, shifts in my beliefs, and much more.

I was taught to believe in a Jesus that held certain political views, pretty much only cared about certain people, and was going to miraculously appear one day to mete out judgment against all those who didn't believe in him.

Interestingly, the Jesus I was told to follow, looked, talked, and acted a lot like everyone in the faith communities I grew up in.

One of the many things that shook that foundation loose was when I started really reading the very words of Jesus himself from the Gospels.

"If you love me," Jesus told his followers once, "keep my commandments."

For a lot of people keeping Jesus' "commandments" doesn't really mean doing what Jesus said, it means grabbing verses from certain epistles from the New Testament (mainly Paul's letters), the Old Testament, and the book of Revelation.

But when you actually read the things that Jesus said and how he lived, you start to realize that maybe the Jesus you were taught to believe in, doesn't really exist.

It's for this reason that I think the disciples who "doubted" as they were confronted with the reality of the Risen Christ, were just being honest.

They didn't know what to do when they realized the Jesus they thought they knew no longer existed.  They would come to realize later that he'd been giving them clues all along, but at that moment they struggled.

The good news is, they figured it out.

This means that for those of us who struggle to understand who Jesus really is for us today, there's light at the end of the tunnel.

This is also an object lesson for the Church in that it demonstrates that when we try to control or hang on to an image of Jesus that is grounded in our own understanding, we're not being intellectually honest.

In the end, Jesus isn't a problem to be solved---Jesus is a presence to be experienced.  Jesus is the Universal Christ, present in all of Creation, and in you and me.

Don't be afraid when your images of Jesus become challenged.  They should be.  May you learn to embrace new understandings of the Christ as you grow in faith.