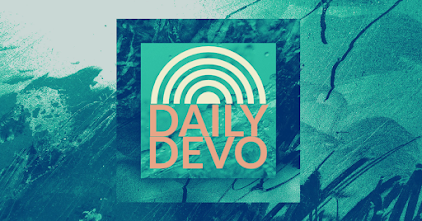 Yesterday was my first day back to work after a week and a half break, and the first major trip that I've taken in over two years.

My wife Merideth and I went on a cruise to Europe with some dear friends---a trip that was scheduled, bought, and paid for with non-refundable funds over two years ago.

And then the world came to an end for a while.

Not really, but kind of.

The journey was long and arduous, and COVID restrictions changed in multiple countries while we were traveling, but always for the better, which was encouraging.

I've got a lot of reflections that I'm pondering now from the trip, accompanied by hundreds of photos to spark my imagination, but today there's one that is begging to be brought forward.

It was on the night I got to see a volcano erupting.

The path of our ship took us right near the island of Stromboli, which is just off the Italian coast.  The captain announced we would be passing it in the middle of the night and would be slowing down to give those who were awake the chance to see it.

As fate would have it, I was awake at 1:15 AM when the ship slowed, so I went out on the balcony outside our cabin to see the volcano.

We were closer to it than I had imagined we would be.  I could see it looming in the gloom of the night, at what felt like only a few hundred yards away.  The ship had slowed so that it was eerily quiet outside, except for the lapping of waves.

And then I saw the flames, making their way down the side of the volcano--a red, ribbon of fire threading from the summit down to the sea.  It was faint, but I could see it.

If you had been there you would have marveled at the faint smell of burning in the air, and the ash that floated down from the sky like lazy, grey snowflakes.

One ash flake landed on the banister near my hand, and I reached out gently to touch it, only to have it disappear leaving a grey smudge on my finger.

I stood there on the balcony for a while until the ship began to turn, and then I went to bed filled with wonder, and a feeling that I couldn't shake---a feeling that something very important had happened.

I understand the lesson a bit better now, or at least the lesson I'm meant to learn today.

Eruptions can make it look that way, especially when the fires they bring go on to burn down much of what was living and growing before they happened.  Sometimes all that we have left is ash smudges on our fingers to remind us of what was.

But all the while there is new ground pouring forth, more space to move, live, and grow if we are patient with it, and ourselves.

This is all part of the universal rhythm of dying and rising.

It's how God's resurrection power works to remake the world when the world falls apart.  It's how the ash from the fire becomes the very thing that gives life to the scorched ground at our feet.

If it feels to you like your world isn't ending, it isn't.   It's being reborn.

May the hope of this knowledge bring you joy and peace today and every day from this day.  And may the grace and peace of our Lord Jesus Christ be with you now and always. Amen.