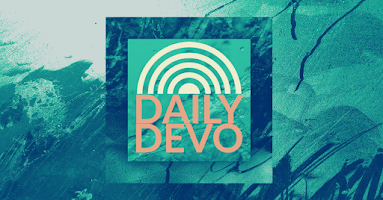 Since it's April 1st, I thought I would offer up a game to start today's Devo.  The following are the first lines of some of the greatest works of literature in history.  See if you can guess which books they introduce:

Happy families are all alike; every unhappy family is unhappy in its own way.

It was a bright cold day in April, and the clocks were striking thirteen.

I  had the story, bit by bit, from various people, and, as generally happens in such cases, each time it was a different story.

Don't worry--if you couldn't figure them out, I put the key at the bottom of the Devo, so if you are curious about how you did, you can scroll down and check.

I've often thought about what the first line of my memoir ought to be.  You need a really good first line, I'm thinking.  It's important to set the tone for what follows.

I've come up with a few first lines---I'm narrowing them down:

Much to my surprise, I was born.

Nothing tests your character like driving a screaming cat halfway across the country, but I was tested---oh sister, I was tested.

When I was twelve I rode my bike up the highest, shakiest homemade ramp I've ever seen, and for a moment, suspended between heaven and earth, I felt like I could touch the face of God, and then I fell.

Those are pretty good, right?  You would keep reading that memoir, wouldn't you?  Honestly, that last one is my favorite, and I just made that up right this second.  Come on!

I got to thinking about all of this because I happened to be reading the first line of the Gospel of John as translated by Eugene Peterson in The Message.  I love the word choices that Peterson chose for this:

The author of John actually used the word Logos instead of Word, which is fascinating when you dig into it.  Logos in Greek culture was a word that was used to describe the creative, expressive energy at the center of the universe.

The energy that exists at the beginning of everything.

Which makes that first line in John's Gospel so incredibly important.  It sets the tone for what is about to follow, which is nothing less than the Greatest Story Ever Told.

That first line declares that the story that follows isn't just any old hero story.  It's something bigger and greater than any of us could imagine.

It's the story of how the eternal, universal Christ became one of us in Jesus of Nazareth and showed us what God is like, what God wants, and how far God is willing to go to rescue all of us from ourselves.

You and I don't ever have to wonder how God feels about us because Jesus showed us through his ministry of healing, his revolutionary teaching, and his radical, sacrificial love.  And the first line of John's Gospel lets us know this in a beautiful and provocative way.

The story that follows that line is our story.  We can find ourselves in it if we are willing to see it.  And that story can change our lives, transform the world around us and give hope to those who have run out of it.

It's a story worth re-telling, don't you think?

May you live more fully into the story of how God is saving the world one heart at a time, including yours.  May you be filled with fierce and defiant hope at the prospect of being known and loved by God.  May you truly see God's desires for the world in Jesus, the Christ.