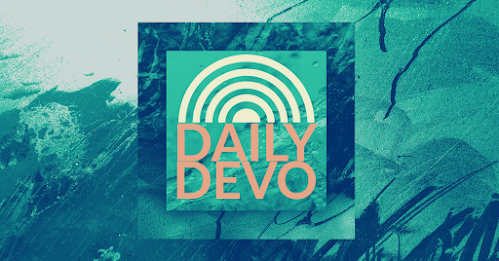 For centuries this has been the day that Christians commemorate Judas' conspiring with the Sanhedrin to betray Jesus and turn him over to them to be arrested.

In John's Gospel, it seems that Judas' betrayal is connected to his being a dishonest, shifty person, who kept the money for the group but skimmed off of it for his own gain.

This claim is not corroborated in any of the other Gospel accounts.  In fact, in Luke's Gospel, the narrator declares that "Satan entered Judas," who agreed with the Sanhedrin to betray Jesus for money.

Interestingly, the first-century Christian text The Gospel of Judas paints him as a hero of sorts--the only disciple who was willing to take on the impossible task of initiating the Passion of Jesus by what appeared to be a betrayal.

The first-century Christians who adhered to The Gospel of Judas believed that when Jesus said to Judas "Do you have to do." at The Last Supper, he was giving him his marching orders.

As fascinating as it is to read, The Gospel of Judas did not reflect the majority view of the events of Holy Week, nor did it reflect the view of Judas held by most first-century Christians.

But maybe it was picking up on something interesting and meaningful.  Let me explain...

Like most of us, Judas was neither all bad nor all good.  His open betrayal of Jesus may have been based on his own frustrations with Jesus regarding revolution, and an armed rebellion.

He could have been trying to force Jesus' hand, as well, which some scholars over the years have surmised.  Or it's entirely possible that he was simply jealous and angry over his less-than role in the group, as opposed to Peter, James, and John.

Whatever his motivation, Judas did what he did, and later repented of it in dramatic fashion, throwing the money he was given back at the very leaders who recruited him, and then committing suicide--according to some of the Gospel accounts.

Think about this, though.  Along with the other disciples, Judas participated fully in the life they led following Jesus.  The disciples performed miracles, according to the text. They preached, taught, and witnessed all that Jesus did.

Judas would have done all these things.  At one point he was filled with promise, enthusiasm, and probably hope as well.  But something changed within him, and he did the unthinkable.

I often think about the story of Judas when I begin to ponder my own life of faith.

Sometimes what starts with the best of intentions can turn into betrayal when I feel as though my life of following Jesus isn't paying off as I think it should.

It's all too easy to betray our values, character, and even all the things we say we believe when it feels like our world isn't as it should be.  We want to force God's hand, or simply wrest control away from God to get what we want.

This is why we see far too many Christians conflating politics with religion, blurring the lines between the kingdom of God and the kingdoms of this world, putting their faith and trust in anything but Jesus.

Judas' story is a cautionary tale for us, and on this Holy Wednesday, we get the chance to reflect on all the ways we have handed Jesus over to be crucified and to repent of them.

We get the chance to return to our former promise, enthusiasm, and hope.

May it be so and may the grace and peace of our Lord Jesus Christ be with you now and always. Amen.