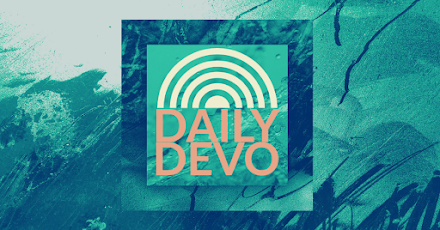 Today is Good Friday, the day that Christians all around the world will commemorate the crucifixion and death of Jesus.  Around the world, it's also known as Great Friday, Holy Friday, and even in some contexts as Black Friday.

On this day, as I read through the Gospel narratives of Jesus' Passion, I am always struck by the way Pontius Pilate reacts to Jesus being brought to him by certain members of the Sanhedrin, the Jewish ruling council.

He vacillates back and forth between the loathing that he feels for having to placate the Jewish religious leaders, and his desire to just keep the peace during Passover.

Pilate's position was delicate.  All that Tiberius Caesar cared about was that the goods and money the Roman Empire was basically plundering from Judea kept flowing back to Rome.

Anything prohibiting that could get the person charged with keeping the flow going in serious trouble.

But then Pilate's wife comes to him begging him not to have anything to do with Jesus because she'd had a dream about him.  He ignores her, of course, but famously washes his hands of the whole thing, trying to place the blame on the members of the Sanhedrin, who wanted Jesus dead.

At one point during his time with Pilate, Jesus tells him, "Everyone on the side of truth listens to me." To which Pilate retorts, "What is truth?"

I am somewhat sympathetic to Pilate, to be honest.  I believe that his question to Jesus was definitely rhetorical, but it was also world-weary, cynical, and a tad on the hopeless side.

Pilate had spent so much time playing the game of politics in the first century that he had ceased to see things through any other lens than suspicion.  For Pilate, there was no truth, there was only what curried favor, or got you punished.

There was no right or wrong in Pilate's world.  There was no justice or injustice.  There was only what was expedient for the moment.  Whatever true optimism he might have had at one point in his life, seems to be gone.

And the tragedy of it all is that the Truth was right in front of him.

How often do we live our lives on the terms of the kingdoms of this world--terms that offer us little, and exact a great deal from us?  We give and give, sacrificing everything that matters for everything that doesn't.

And we resign ourselves to a world that isn't as it should be.  We say things like, "Well, that's just the way it is." Or "That's the way it goes," without really thinking about what we're saying.

But for those of us who call ourselves Christians, we have a different way to live.  You see, the Truth before us is none other than the eternal and universal Christ, who can be experienced (as Gerard Manley Hopkins put it) in 10,000 places.

On this Good Friday, let us dedicate ourselves to living without cynicism, weariness, and a lack of hope.  Let us instead seek to know the Truth, who will set us free to live abundantly and eternally.