There Is No Shame In Love 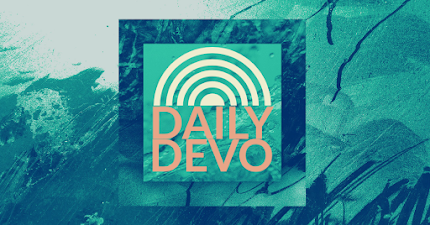 This past week I preached a sermon on the story of the Prodigal Son, and there were so many people who resonated with the message that I thought I would paraphrase some of my remarks and make them into a Devo!

Shame is a powerful feeling/emotion, and it can lead us to do some pretty destructive things.  Shame is different from guilt, however.  Guilt can lead us to restoration and generative acts if we don't allow ourselves to be consumed by it.  Invariably, when we let ourselves get consumed by guilt, it almost always leads to shame.

I created a working definition of shame for the sermon I preached, and I'd like to share it here:

Shame is what we experience when we feel exposed in moments of vulnerability where we're laid bare and all of our faults, doubts, fears, mistakes, and so much more are visible to all.

We also experience shame when we are "othered" by others.  When who we are is ridiculed, denigrated, mocked, or downright subjected to hate.

We also experience shame when we are rejected, which is something that we grow to fear from an early age.

When we are children we experience shame from being picked last on the playground, or rejected by friends or authority figures like teachers, coaches, parents, or siblings.

As we grow older, we experience shame by being rejected by co-workers, family members, or even a spouse or a partner.    Even further, we can experience shame from rejection when we feel cast out of religious communities, workplace groups, even family circles.

And we experience shame when we are marginalized because of race, gender, background, class, sexual identity, beliefs, and so much more.

I remember being shamed by a youth leader once when I was in the 8th grade.  He singled me out and berated me for something I said in our youth group meeting, and went into a tirade about how I was disruptive, incorrigible, and pretty much a bad kid.

I was definitely a clown, but I didn't mean any harm by it, and in that instance, I was actually disagreeing with what he'd just said because even though he claimed it came from the Bible... it didn't.

When I went up to him after the meeting to apologize, he made me feel even worse, but then promised not to tell my parents, which he promptly did almost immediately.

That moment has stuck with me my whole life.

Over the years, I've been called just about every name you can think of by so-called religious people who disagreed with the way I preach, pastor, and even the kinds of books I read, music I listen to, and most often the way I interpret Scripture.

And every single time, I feel the old tinges of shame try to creep in from those old days in youth group.

It's not a coincidence, considering the power of shame, that it plays a huge role in the story of Adam and Eve from Genesis chapter 3.  After they eat from the fruit of the tree they were not supposed to eat from, both Adam and Eve realize they are naked, and they hide.

They feel exposed... and they fear rejection... all of the things.  So they hide.

But the beautiful part of this story is that God in compassion fashions clothing and covering for Adam and Eve.  God covers their shame, gives them their dignity, and does so out of love for them.

Each one of us has had a moment when shame fell upon us, and we felt unworthy, outcast, unloved...  Shame can affect every aspect of our lives.  It can come to dictate how we move and act in the world, the kinds of relationships we choose, and even how we parent.

We may even do everything we can to numb the pain of it---destructive things at times that rob of us joy, dignity, peace, hope, and pretty much everything that can give us life.

God knows, most of the truly destructive decisions I've made in my life came because I was trying to numb the pain from my own shame, or at least try to drown out the sounds of the shame-bringing voices in my head.

That's why it's so important in those moments to begin our journey back to God--to return to who God meant for us to be.

The story of the Prodigal Son is actually the story of two brothers---one who in the context of first-century shame/honor culture, heaps shame upon himself for his impulsive actions, and his brother who we realize is not all that different, except he doesn't seem to have the capacity for repentance, grace or forgiveness.

Shame can lower our opinions of ourselves, and lead us to destructive and life-stealing actions, but if we are willing to receive God's grace, we can find our way back to ourselves, and to God.

And when we begin that journey, God always finds us on the road, eager to rescue us from shame, from ourselves, and even from those who refuse to show grace when they see we've returned.

May it be so for you today and every day.  And may the grace and peace of our Lord Jesus Christ be with you now and always. Amen.