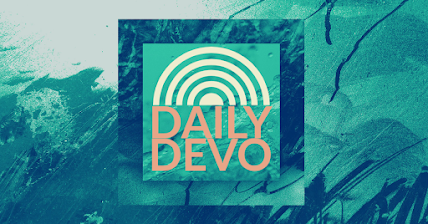 I woke up yesterday morning to the news of the "Slap Heard Round The World," as I read the headlines from last night's Oscar Awards show.

At some point during the televised ceremony, actor Will Smith walked up on stage and viciously slapped Oscars host Chris Rock across the face for insulting his wife, Jada Pinkett Smith.

On live TV no less.

I'm pretty sure this is the most talked-about Oscars show---ever.

The slap was precipitated by Chris Rock cracking a joke onstage about Pinkett-Smith's shaven head--a look that is due to her suffering from alopecia, which causes hair loss.

This prompted Will Smith to stride up the stairs to the stage and right up to Rock where he belted the comedian right in the face with a huge open-handed slap, before calmly returning to his seat.

Then in a stunning turn of events, Smith actually won the Best Actor award for his portrayal of Richard Williams, father of tennis legends Serena and Venus Williams.

There were apologies issued, publicists undoubtedly lost sleep over the whole thing, and even Denzel Washington got in on the smoothing-over process by taking Smith aside and calming him down.

I'm not defending Smith's actions, by any stretch of the imagination.  There's a lot that's wrong with what he did, not the least of which was his playing into the patriarchal myth that women can't fight their own battles.

They can, and do---all the time.  Way more than men, if we're being completely honest.

If Pinkett-Smith felt like Chris Rock deserved a smack in the mouth, she could have delivered it herself, and honestly, no one would have blamed her.  Rock's joke was classless sloppy and hurtful.

The entire incident serves as a larger lesson to us all, though.

It's a mirror that reflects where we are as a society---a reactive and immediate society where the best and the worst of us are often on display for the world to see, and sometimes in close proximity to one another.

Last night Will Smith became only the 5th black actor to win in the Best Actor category and the first in 15 years.  All of his other accolades as an actor, recording artist, etc., pale in comparison to this.

So on the greatest night of his professional life, his self-destructive behavior became the story that everyone is talking about.  And he obviously felt the weight of that because he issued a formal apology to Rock in the aftermath.

I know a bit about how he feels.  In fact, most of us do.

Like the Apostle Paul, I have often found myself wanting to do the things that I know I need to do, but not being able to do them for some reason because I'm busy messing it all up by doing the things I'm not supposed to be doing.

Or I have experienced a triumph with great personal success, that was immediately followed by a moment when I've completely crashed and burned, said the wrong thing, overreacted, lost my cool, or acted rashly.

Ever been there?  You do one thing right and take a huge step forward, only to end up taking two steps back because you do several things wrong.

I read this beautifully simple and amazing quote the other day from author and speaker Bob Goff:

The good thing for all of us is that God's love is unwaveringly steady no matter what we're experiencing.  God may rejoice with us when we rejoice, but God also mourns with us when we mourn.

What we can and must do, however, is to live our lives in such a way that we demonstrate our gratitude for God's love each and every day by showing it to the world whenever and wherever we can.

When we live congruent lives of love, our words and our actions rarely require an apology, and the world around us never has to guess who we really are inside.

May you live into the truth of this today and every day from this day.  And may the grace and peace of our Lord Jesus Christ be with you now and always. Amen.