Of Crows and Critics 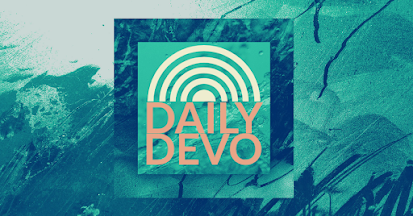 Fr. Anthony de Mello once included the following parable from the Bhagavata Purana in a teaching moment, and I have been thinking about it recently:
A crow once flew into the sky
with a piece of meat in its beak.
Twenty crows set out in pursuit
of it and attacked it viciously
The crow finally let the piece of
meat drop.  It's pursuers  then
left it alone and flew shrieking
after the morsel.
Said the crow, "I've lost the meal and
gained this perfect sky."
There are a few ways that you can interpret this little parable.  It could be a lesson on finding peace no matter your circumstances.  It could be a way of grasping the impermanence of things.
It can also be a story that helps us understand how sometimes the things we thought we needed weren't really the things we actually needed.
So if any of those interpretations resonate with you today--hold on to that meaning and let it guide you.  But I do have another way of seeing it that might also be helpful.  Let me explain.
There are times in life when critics come after you for no other reason than they see you are carrying something they want, but couldn't obtain on their own, or they simply want to rob you of your joy.
Sometimes you have to be willing to let go of your need to be right, your need to hold on to your tightly held beliefs or opinions, and let the shrieking harpies around you chase after them if they have a mind to do so.
Interestingly, if you refuse to engage them and are willing to let go of your outcomes, you will find that they usually move on after a time, and leave you with peaceful skies.
The Apostle Paul had his share of critics when it came to his methods of sharing the Good News of Jesus Christ with people from all walks of life.
In his first letter to the Corinthians, Paul enumerates all the ways that he has "become" or stood in solidarity with various groups of people in order to demonstrate his love for them, and his desire that they come to know Jesus.
Then he says this:

22 To the weak I became weak, to win the weak. I have become all things to all people so that by all possible means I might save some. 23 I do all this for the sake of the gospel, that I may share in its blessings.

One way to interpret Paul's definition of "weak" is to think of what it means to be marginalized, ostracized, or treated as an outcast.
Paul expresses his determination to not only find ways to bridge the gaps between Jews and Gentiles but also stand with outcasts if that's what it took in order to share the Gospel with everyone.
Paul's critics came after him because of these kinds of efforts to share his faith and his story by using these methods.
They saw him as a compromiser, someone who was willing to cast aside the "truth" or the rules and regulations they lived by in order to build the churches he was planting.
Fortunately for those of us who call ourselves Christians, Paul ignored them and kept going.  In the end, the misfit churches he planted went on to spread the Good News of God's love for everyone, and the Jesus Movement spread to all the known world.
If you have been facing critics lately and feeling a bit beleaguered...
If the criticism that you have encountered is taking its toll on you...
Or if the critic you fear the most is the one inside your head, and staring at you in the mirror...
Maybe it's time to release your need for control, and your desire to please everyone.  Maybe it's time to let go of the arguments that you've been engaged in and simply move on.
May you have the courage to do so, and may you find peaceful skies as a result.
And may the grace and peace of our Lord Jesus Christ be with you now and always. Amen.