On The Ukrainian Crisis 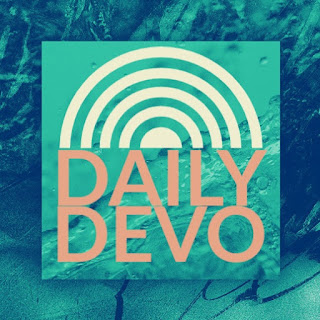 Like many of you, I have been watching the news emerging from Ukraine with a great deal of sadness and no small amount of fear.

Russian troops have invaded a sovereign country with the intent of toppling its government, expanding Russia's territory, and satisfying the mad designs of Vladimir Putin, a despotic leader who wants nothing more than more power.

As I scrolled through my social media feeds yesterday, I saw scores of friends posting prayers for the people of Ukraine, adorning their posts with the colors of the Ukrainian flag, and decrying the actions of Putin and his cronies.

Prayer is all that most of us can offer right now, and it is important that we do so fervently.

Interestingly,  there is a religious aspect to what Putin is attempting, and it cannot be ignored. Kyiv, in addition to being the capital of Ukraine, is also a holy city for Orthodox Christians.

This war is not merely about control of more territory, or an attempt to regain control of a country that was once under Soviet rule---it's about religion as well.

Some have even said that for many Orthodox Christians Kyiv lives in their cultural imagination in the same way that Jerusalem does for Jews, and Muslims or the way Rome does for Roman Catholics.

Ever the opportunist, Putin has made this particular act of war a crusade of sorts.  He wants to celebrate Easter in Kyiv, if not this year then the next.

Like many despotic leaders, Putin has employed religious language in his speeches about this aggression in order to appeal for Russia to become the banner bearer of Orthodoxy, and to wrest control away from the Greek Orthodox Patriarch, who many Russians see as left-leaning.

Diana Butler Bass wrote about this recently, and this is what she had to say:

Putin wants the weight of tradition on his side, and St. Vladimir (Vladimir the great was a pagan leader who converted to Orthodox Christianity and united the people in the region through conversion to Orthodoxy, and also established Kyiv as a holy city) validates both his religious and political aspirations. There should be no doubt that Putin sees himself as a kind of Vladimir the Great II, a candidate for sainthood who is restoring the soul of Holy Mother Russia. The Ukrainians, on the other hand, would like to remind the Russians that they were the birthplace of both Orthodoxy and political unity in Eastern Europe.

In the book of Revelation, John the Revelator describes a vision of two Beasts that are bent on conquering.  They work in tandem, one to provide the power for conquest and the other to couch everything in religious language to obfuscate the truth from the world.

John's vision is a timeless one.  His point was that there would always be strongmen who use conquest as a means for solidifying their power, and who act as surrogates for Evil.

There are two things that John wanted his readers to know about these kinds of despots: They must be resisted, and they will come to ruin. Evil doesn't get to win in the end, no matter how hard that is to see at times.

As Christians, we need to be in solidarity with our sisters and brothers who are standing against this particular form of the Beasts.  And we must also resist those who would praise the Beasts, admire them, laud them and abet them.

It is important to see these kinds of leaders for exactly who they are: agents of Evil, who have denied the image of God within them, turned themselves over to a lust for power and conquest, and who use religion as a tool to do it.

So pray today for the people of Ukraine.  Pray for an end to this aggression.  Pray for those who have been called upon to defend the innocent, and protect the weak.  Pray for peace and justice to prevail.

May God have mercy on all those who are facing this terrible foe, and may we, in turn, find the courage and the faith to resist all forms that foe may take, wherever we find it.