Letting Go of Beliefs In Order To Find Faith 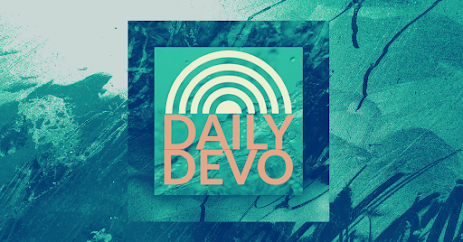 I once read a troubling quote from philosopher Alan Watt that made me lose an entire afternoon to pondering pretty much everything I'd thought about faith.

Sadly, this is how my brain works.  I may appear to most people like I'm functioning as a normal adult, but inside my head, there are all kinds of weird things happening, pretty much all of the time.

This I why I'm often grateful for a break or two watching Tik Tok videos because they do not require sentient thought in order to view them.  There, I said it.  It needed to be said.

So here's the quote that messed me up so much, and actually got me journaling a bit on the side---an entry that has never really seen the light of day until now.

If we cling to belief in God, we cannot likewise have faith, since faith is not clinging but letting go. - Alan Watt

What came out of that frantic reflecting/journaling session was something unexpected.  I realized that throughout most of my life (except for a seven-year period when I was an agnostic) I'd been clinging to a belief in God, which is far different than having faith.

Belief is something that we create based on what we've been taught, what has been handed down to us, and even based on our own experiences, preconceived notions, worldview, and a host of other subjective things.

Our beliefs should change over time due to changes in all of those subjective factors in our own lives.  Beliefs can be shaken at times as well, which is generally a good thing if it leads to growth.

Faith is something altogether different.  Faith comes to us as a gift when we choose to surrender our outcomes to God and trust that God is for us, and has a purpose and a future for us.

Further, Watt was absolutely right about faith---it is about letting go, and not just to get a better grip.

[That last line came to me from a memory of a lyric from a popular Christian song from over a decade ago. I used to think it was clever, but now I'm wondering if it's just misleading]

In fact, a friend of mine once told me that instead of using the phrase "I believe that..." when it comes to God, we ought to be saying, "I trust that..." instead.  This more accurately reflects the presence of faith as opposed to mere belief.

You can see why this kept my head spinning a bit.  It's disorienting in a way, but absolutely freeing when you are able to embrace it.

I should also say that choosing to surrender in faith and trust completely in God's purposes for us is easier said than done most of the time.  Belief is so much more certain, and comfortable than faith, after all.

But when we make the choice to let go of all of our own designs and certainties about the future, we soon find that our tightly held beliefs may have been the very things holding us back from experiencing faith.

It's also important to note that there's a certain amount of doubt that lives with you when you choose to "let go and let God," and that's perfectly normal.  Doubt is not the opposite of faith, it's a companion to it.

Much like surrender, doubt serves to keep us moving forward if we don't allow it to overwhelm us, and keep us standing still.

Frederick Buechner once wrote, "Doubt is the ants in the pants of faith," which is still one of my favorites of his.

May you choose to live in the uncertain space of letting go and surrendering your life to God.  May you experience faith as you have never known it before.  May you find peace in spite of your doubts.