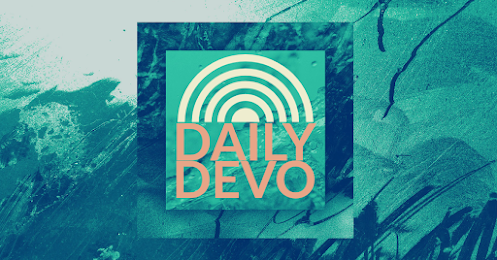 When I was driving home from the office today, I saw a young man standing on the sidewalk, holding his skateboard.  This in and of itself is not a remarkable thing to see in my Southwest Austin suburb, to be fair.

But what struck me as I rode slowly past the young man with the skateboard was that he was obviously jamming to music on his headphones, and he was using his skateboard to play air guitar.

The young man suddenly noticed that I was taking in his efforts as I rolled by him, and he thought for a split second about stopping, but thankfully he didn't.

Instead, he merely paused, and then twisted his mouth in a pure rock-n-roll grimace, and windmilled his skateboard like Pete Townsend (the guitarist from The Who) windmills his Fender Stratocaster.

It was amazing and beautiful all at once.

In fact, when I got home, I decided to write a haiku to commemorate what I'd seen.  Sometimes a haiku is everything---if you know what I mean.  Also, sometimes I don't have any idea what I'm doing or why.

bearded guitarist
jamming minor chords in air
nice rolling solo
See what I did there?  I can actually picture some of you (and you know who you are) rolling your eyes right about now.  But I am also hoping that you smiled a bit before or after you did it.
Because what I felt when I saw that guy playing air guitar with his skateboard was joy---the kind of joy that sneaks up on you and fills you up with enough positive energy that you can't help but smile or maybe even laugh out loud.
The skateboarding guitarist made my day because he was caught up in the moment with a song that necessitated some air guitar and he went for it on the only thing he had available---his trusty board.
And even when he was found out, and could have easily covered things up in shame, he totally kept playing.  It was like he said to himself:
"Oh, man! Caught!  Oh well, who cares?  I love this song, also I have never seen that guy before in my life.  Windmill time!"
When I was in middle school, I remember hearing some youth pastor tell us something like, "What you do when no one is watching reveals your true character."
He might have also added something about how even when we didn't think someone was watching us, God was watching, and God was almost assuredly displeased with us.
That little nugget was designed to shame us into good behavior even when we weren't being supervised.  But I would like to redeem that comment and change it to something like this:

When you can be your best and most authentic self--even when people are watching, you are finally figuring out what it means to live authentically.

Most of us hide our true selves from others, especially if we think we're violating some sort of rule when it comes to showing joy and exuberance.  We don't want to be embarrassed, mocked, or thought to be strange, so we tamp it all down inside of us.

And then before we know it, it becomes more and more difficult to even uncover the slightest bit of evidence that we once may have been filled with joie de vi·vre.

When we think to ourselves, "I wouldn't be caught dead playing air guitar on the side of the road," we've decided that our authentic selves are not good enough---that they are too raw and vulnerable for the world.

Nothing could be further from the truth.

It was a gift from God to encounter that young man today.  It reminded me once again about how easy it is for us to hide, become diminished, and lead "less-than" lives when we could be playing air guitar on the side of the road for all to see.

Find your authenticity today, and don't be afraid to let it show.  The kind of joy that comes from that is contagious.  It is caught nearly as much as it is felt.

May it be so for you today and every day from this day. And may the grace and peace of our Lord Jesus Christ be with you now and always. Amen.