When You Know Better, Do Better 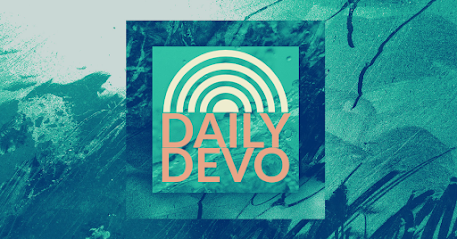 The bill was passed in the Senate by 12 votes, only after a filibuster by the notoriously racist Sen. Jesse Helms from North Carolina.

Sadly, it would take all the way to the year 2000 for all 50 states to recognize the holiday, though.  South Carolina was the last state to do so.

Even today, in Alabama and Mississippi Martin Luther King, Jr. Day coincides with state holidays memorializing Confederate Civil War general Robert E. Lee--holidays that were purposefully passed by those state legislatures to do just that.

This past year I traveled to Memphis, TN, and had the privilege of spending most of a day in the National Civil Rights Museum, which is located on the site of MLK's assassination.

After my tour, I sat outside on a bench that overlooked the balcony where Dr. King died, and I wept.  The enormity of what I'd experienced was too overwhelming to bear at that moment, and I felt like I'd been punched in the gut.

As I sat on that bench, I prayed and confessed my own sins as well as the sins of my forbears.  I repented of all that I had done and left undone when it came to perpetuating the sin of racism.

I realized that I'd spent much of my life as a follower of Jesus not actually doing what Jesus would have me do when it came to the love and care of my neighbor, and I wanted to change.

At that moment a quote by Maya Angelou that I'd read in the museum came to me in a rush: "Do the best you can until you know better. Then when you know better, do better."

Jesus showed love, acceptance, and grace time and again to those who were considered in first-century Jewish culture as outcasts, "the other," or worse.

He moved past the barriers of race, gender, religion, and class to show God's radical and inclusive love.  Jesus did this so often that he was reviled by the religious and political insiders of his day, and they eventually had him killed.

​I believe that unarmed truth and unconditional love will have the final word in reality. This is why right, temporarily defeated, is stronger than evil triumphant.

I love this so much because it is imbued with the powerful hope of the Resurrection, which we need now more than ever.  The clear vision of Dr. King's American dream seems like only a glimmer in the light of the hatred and division we see all around us.

But Jesus showed that even the worst that the world has to offer can't overcome the light of love.  Evil doesn't get the last word.

As Dr. King declared in his most famous speech, a more pure and hopeful vision of the American dream is one within which there is unity in our diversity, healing of our divisions---all fueled by the kind of love that drives away hate.

Let each of us find in our own hearts the courage to confess, repent and do better.  Let each of us let the love of Christ reign in our own lives, so that we may be agents of change, people of the Resurrection.

And may the grace and peace of our Lord Jesus Christ be with us all now and forever. Amen.