The Truth Already Within Us 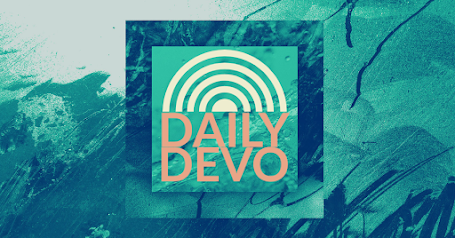 This past October, my son's car was stolen right off the street in front of our house and was discovered over a week later, abandoned and totaled in the middle of a field in East Austin.

It took our insurance company a couple of months but they finally gave us a figure to settle our claim, and we began searching for a new vehicle, which proved to be a lot harder than we first imagined.

Apparently, there is a  nationwide shortage of stock on cars, both new and used.  It's a seller's market right now, which isn't great if you are looking for a deal.  Even so, we narrowed things down, did a couple of test drives, and were ready to purchase a car a couple of days ago.

My son was excited about the car we'd decided on, but I kept telling him, "Don't get too excited, we haven't bought it yet."  I shared with him that if they didn't give us a fair price, we'd have to walk.

They didn't, and we did.

As we walked out of the dealer, I put my hand on my son's slumped shoulders and said, "We haven't seen the last car yet, man.  We'll keep looking."

Literally, a day later, we made a deal on a car that was nicer, had less mileage on it, and was at an excellent price.  It's a used car, so it's not perfect, but it was what we'd been looking for.

My son later told my wife how much he learned from me because of that experience, and how glad he was that I'd walked us out of the first deal.

What he didn't know at the time was that I wasn't always like that.  In fact, I am typically the person who has to be walked out of a bad deal because I struggle with delayed gratification.

And usually, my wife, who is an attorney, was the one who was walking me out of those bad deals, and who has said to me more than once, "You can't be afraid to walk out on a deal."

In other words, the false sense of security that comes from settling for what's in front of me has often kept me from imagining anything more.

But over the years, I've learned that if you are willing to let go of your attachments (including attachments to things you think will bring you happiness) the freedom that comes with letting go will open you up to receive far more than you ever imagined.

At this point, I'd love to be able to tie a bow around this story and tell you that I've learned my lesson, grown as a person, transcended all of my former foibles... but I know myself better than that.

Instead, I'll celebrate this small win and hold on to the feeling for a while.

I once wrote down a line from Paisley Rekdal's poem "Four Marys," which resonated with me, and I realized that today was the day to share it:

It is wonderful when time accentuates something of the truth already within us.

It's a beautiful thing to realize that wisdom, goodness, peace, hope, joy, and love are all part of who we are--aspects of our very best selves--which are accentuated, brought to the surface, and revealed when the time is right, and when we are able to more fully embrace them.

So may you find the patience and serenity with yourself and with the world--the kind that is required to find true openness.  And over time, may you discover the truth about yourself, and what it means to find fulfillment and happiness.

May you be open to more.  And may the grace and peace of our Lord Jesus Christ be with you now and always. Amen.