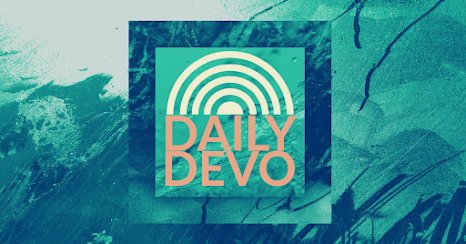 As I write this, I am thinking of where I was a year ago today on January 6th.

Like many of you, I was watching the news unfold of the violent insurrection and assault on our nation's capitol in absolute dismay and horror, unable to believe what I was seeing.

I was also driven to furious anger by all of the "Christian" banners and signs that I saw being waved by members of that mob.

I couldn't help but wonder then if any of the people waving those signs had actually read the Gospels and the words of Jesus other than a few cherry-picked passages.

I also remember thinking at the time about how Jesus responded when Peter drew his sword to defend him from being arrested.  Jesus didn't cheer Peter on for swinging his blade, he rebuked him, and then heals the man who was struck:

"When those around Him saw what was going to happen, they said to Him, "Lord, shall we strike with the sword?" And one of them struck the servant of the high priest and cut off his right ear. But Jesus answered and said, "Permit even this." And He touched his ear and healed him." (Luke 22:49-51, NIV)

Jesus didn't want his followers taking up arms on his behalf, he wanted them to live as he had taught them to live, loving God and loving others--no matter the cost.

The kind of vulnerability that Jesus demonstrated is difficult for most of us to grasp.

Like Peter in Gethsemane, we too often prefer to embrace the terrible lie of "redemptive violence," which Jesus roundly rejected even after he was arrested, scourged, and crucified.

In Matthew's Gospel Jesus further rebukes Peter by telling him, "Those who live by the sword, die by the sword."  Jesus' own words indict all those who claim to be his followers, yet refuse to acknowledge that violent means always lead to violent ends.

Any of us who would call ourselves a Christian needs to realize that in order to be truly Christian, we need to acknowledge that there is no other Lord, Savior, or Messiah other than Jesus the Christ.

And we also must acknowledge the mandate that Jesus gave to his followers--a mandate of vulnerability, openness, grace, forgiveness, and peace.

This mandate doesn't drive us to silence, mind you... It also requires that we speak out against injustice, and work tirelessly to bring about God's peaceable kingdom here on earth "as it is in Heaven."

But it does not lead us to violence--no matter how noble we imagine our cause to be.

The myth of redemptive violence is an evil that must be named and challenged.  And this challenge can only be met through our own vulnerability, our willingness to drop our weapons and extend our open hands to others.

It is a hard thing to open ourselves up to the possibility of hurt, but we need to be willing to do just that if there is ever going to be peace both in our world... and in our very hearts.

So on this day, let us rediscover what it means to truly follow Jesus, and to be living signs and symbols of radical love and the grace of God.

It's time to put away our swords and extend our hands and hearts to one another---as an act of redemptive surrender.

This is how God keeps saving the world.