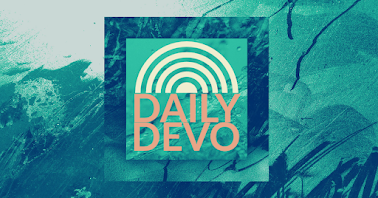 The Devos this week seem to have a musical theme---maybe I'll keep that going!

The late Leonard Cohen's last album You Want It Darker contained a song entitled "Treaty" that I've listened to more than a few times over the course of these past many months.

Over the years, I have come to admire Cohen's work, and am grateful for his legacy.  Cohen's music often reflected his struggle with religion, and his conflicted understanding of God, but was always buoyed by a strong sense of spirituality.

"Treaty" is no different.  Here is a stanza that I wrote down because it just hit me right where I have lived over the course of this pandemic, and all the other challenges of this season of life:

I've seen you change the water into wine
I've seen you change it back to water, too
I sit at your table every night
I try but I just don't get high with you
I wish there was a treaty we could sign
I do not care who takes this bloody hill
I'm angry and I'm tired all the time
I wish there was a treaty,
I wish there was a treaty
Between your love and mine.
The thing that I love most about Cohen's imagery here is that he could be singing to a partner, someone with whom he is in a relationship, and things are not going well, and he's tired of the struggle.
Or (and this is where I'm going with this), he could also be speaking directly to God.  With this kind of interpretation, the song takes on a whole new meaning, which I think was Cohen's intent.
This is the declaration of a man who is tired of trying to make sense of a world where bad things happen to good people.  He's struggled with his belief in God, as well.  At times he experiences what seems miraculous, and then the rug gets pulled out from under him.
As he comes to the last leg of his journey, he finally begins to relent a bit in his opposition, and his need to be in control.  He finds himself wishing for some kind of treaty, a way to end the struggle and be at peace.
There's something tragically beautiful about this kind of declaration, isn't there?  The tragic part is that it comes so late in the songwriter's life.  He looks back and wearily wishes that things could have been different.
But the beauty in this is evident in the grace that comes with that final wish for a treaty with God--a treaty that isn't needed at all.  God was never at war with the singer, and perhaps he is finally beginning to realize it.
Maybe you've had your fair share of conversations with God like the one that Cohen expressed.  I know that I have.  I also know that every single time I come to that place where I put down my armor, and surrender, I am met with grace and mercy.
God is not at war with you.  If you've been quarreling with God, it's one-sided, trust me.  There is no judgmental, capricious, stern, angry God on the other side of our struggle.  God offers us nothing but grace, mercy, love, and hope.
And here's a true thing... If we open our eyes wide enough, we'll discover that the judgmental, capricious, stern, and angry figure that stood in opposition to us was none other than ourselves.  We are our own worst enemy more often than not.
So, may you let your armor fall to the ground, along with any weapons you've been using.  May you discover the incredible love of God on the other side of that surrender.  And may the grace and peace of our Lord Jesus Christ be with you now and always. Amen.