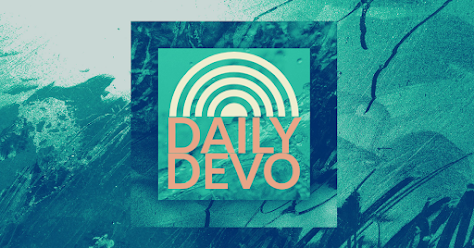 For centuries, those of us who call ourselves Christians have tried to make sense of all of the tragedies and tribulations of each successive age by basically blaming God for them.

To put it another way, generation after generation of Christians have affirmed the notion that God either directly or indirectly sends tragedies and tribulations our way as punishment of some kind for faithlessness, or as a way to test us or prove our worthiness.

On the surface, there is a simplistic kind of logic to these assertions.  If as Christians we affirm (rightly so) that God is sovereign or "over all things," then God would have to be the source of even our worst tribulations.

This particular moment in history is no exception to these kinds of assertions.

The global pandemic has spawned scores of so-called prophets, who preach and teach that the trials of our day amount to a litmus test for the faithful, which can only be passed if they put their trust in Jesus, practice "faith over fear," and eschew sinful behaviors that in their minds dilute the Christian faith.

There's a very important omission from this kind of overly-simplistic, dualistic, and dangerous way of thinking, though:  Jesus never made any of those claims, nor would he have abided them.

I've been reading N.T. Wright's excellent little book God And The Pandemic: A Christian Reflection On The Coronavirus and Its Aftermath, which I'm discovering is (among other things) an absolute primer on how to avoid bad "end-times" theology.

Along those lines, Wright delivers an absolutely mind-blowing take on what it ought to mean when Christians say that they "trust in Jesus," which he asserts is really a belief in the sovereignty of God.

According to Wright, Jesus proclaimed a different kind of divine sovereignty through his words and his deeds. Jesus didn't teach that God was out to punish or test us, quite the contrary.

Jesus demonstrated what it looks like when God gets what God wants. He showed a side of divine sovereignty that once seen cannot be unseen.

"This is what (sovereignty) looks like," Jesus essentially said as he healed lepers, gave sight to the blind, forgave sinners and tax collectors, partied with the wrong people, washed the feet of his disciples, broke bread with them, hung on a cross, and was raised from the dead."

"This is what it looks like..."  The world as it should be... Healing and restoration for those in need of it... Inclusion, acceptance, and belonging for those on the outside looking in... A peace that passes understanding... Unity in diversity... Hope that the worst thing is never the last thing...

May it be so.  And may the grace and peace of our Lord Jesus Christ be with you now and always. Amen.