The One Who Calms The Storm 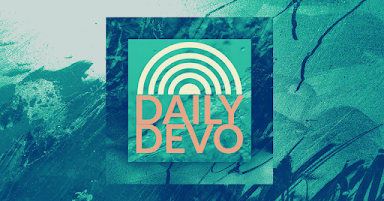 There's a story that appears in each of the Synoptic Gospels (Matthew, Mark and Luke) that has always intrigued me.  It's the story of Jesus calming a storm on the Sea of Galilee, and completely freaking out his disciples.
Here's the text from Mark's Gospel:

35 That day when evening came, he said to his disciples, “Let us go over to the other side.” 36 Leaving the crowd behind, they took him along, just as he was, in the boat. There were also other boats with him. 37 A furious squall came up, and the waves broke over the boat, so that it was nearly swamped. 38 Jesus was in the stern, sleeping on a cushion. The disciples woke him and said to him, “Teacher, don’t you care if we drown?”
39 He got up, rebuked the wind and said to the waves, “Quiet! Be still!” Then the wind died down and it was completely calm. 40 He said to his disciples, “Why are you so afraid? Do you still have no faith?” 41 They were terrified and asked each other, “Who is this? Even the wind and the waves obey him!”

There's so much going on in this short passage, isn't there?  I'm going to have to focus solely on my favorite parts or this Devo will be ten pages long!
First, the scene that is set is pretty dire.  A storm comes up on the Sea of Galilee (it is known for short violent storms like this) and the boat that Jesus and his followers are in is about to sink.
And Jesus is asleep on a cushion.
How awesome is that?  Jesus isn't worried.  He was wiped out, so he took a nap, and even though the disciples were freaking out, he was sleeping contentedly.  So much so that they have to wake him up, and when they do, they're kind of ticked off at him.
"Teacher, don't you care if we drown?" the disciples cry out.
I get this, don't you? How many times in our lives have we had a similar question for Jesus?  We ask him, "Where are you?" "Why did you let this happen?" "Do you even care about me?"
You can almost hear Jesus sighing as he shakes off his sleepiness, and then he simply gets up and tells the winds and the waves to go away.  And they do.
At this point, you would think that the disciples wouldn't be surprised by these kinds of things from Jesus.  They had seen him heal people and do all kinds of miracles, but somehow this one freaked them out.  I can't say that I blame them.
When you realize that even the storms have no power over Jesus, it's a pretty overwhelming thing.
It's hard not to see how this story speaks directly into our own lives and the storms that come upon us when we least expect it.
The fact that it made its way into three of the Gospels is significant as well. It's almost like the Gospel writers knew that this was a story that future generations of Jesus followers would need to hear.
The fact of the matter is, storms are going to come, and in the midst of them we will often do everything we can to get through them on our own.  And sometimes in desperation, we'll turn to Jesus and immediately want him to fix it all.
What we don't often realize is that the real storm that is raging is the one that is battering our hearts.  All of the winds that are blowing around us pale in comparison to the hurricane-force gales assailing us within our very selves.
Those are the storms that need Jesus to rebuke them.  Those are the storms that need quieting more than any other.  We just need to trust that Jesus will if we are willing.
I discovered this wonderful little prayer by Padraig O'Tuama the other day, and I wanted to share it at the end of this Devo as a prayer that you and I can pray daily.
Christ of the rising tides
guide me in these seas
of risings and of fallings
and uncharted territories.
May the grace and peace of our Lord Jesus Christ be with you now and always. Amen.