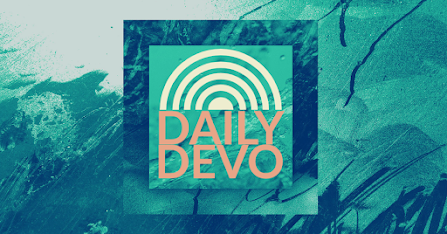 Today I'm keeping the whole music-themed Devo thing going... just because!
30 years ago, I bought Metallica's "Black Album" on cassette.  It was on a Thursday.  I know this because I would have bought it on payday, which for Walt Disney World employees (I worked there for ten years, by the way!) was always on Thursday.
When I popped that cassette into my car for the first time, I was blown away.  From the opening crunch of "Enter Sandman," I was hooked.  The whole album was amazing.
But the song that I ended up rewinding my cassette in order to listen to it over and over again was "Nothing Else Matters."  All those years ago this song resonated with me, but I didn't fully understand why at the time.
Thirty years later, I took a close look at those well-known lyrics and found myself surprised by the deep spiritual implications of the song.  Here's a sample:
Trust I seek and I find in you
Every day for us something new
Open mind for a different view
And nothing else matters...
Never cared for what they do
Never cared for what they know
But I know...
So close, no matter how far
It couldn't be much more from the heart
Forever trusting who we are
And nothing else matters...
When I was a young man, those lyrics had a different kind of meaning.  I thought myself a bit of a rebel, and the song spoke to me of holding on to your dreams, not caring what the "establishment" thought was proper... that kind of thing.
Now as an old-ish dude with a bit of life's wisdom under my belt, I see the song in a new way.  To be fair, it still has a bit of that old resonation because that kid who kept rewinding his cassette is still inside of me... somewhere.
But what I've come to understand in my old-ish age is that my connection to the Divine all around me, in me and through me---that is the only thing that truly matters.
This is why this song speaks to me so deeply all these years later...
I've gone through so many changes over the last three decades, and there were times when I thought I'd lost my faith, or that God had given up on me. Nothing could have been further from the truth, though.
God's presence in my life was real and true in my younger years---I  just didn't see it clearly, and even if I could have, I am not sure I would have understood how much it mattered.
But it does matter---more than anything.
It's why Jesus told his followers to seek God's shalom in everything and to do it first and foremost.  He told them that if they put their relationship with God at the front of the line of their priorities---everything else would work itself out.
I'm still trying to learn this.  It's not easy to let go of my own desires and replace them with a singular desire to experience God, but I know I'm not alone.  Every single one of us struggles with this in our own way.
There is grace in the struggle, though.  It comes most often when we surrender our own will and our need for control, and simply seek a true connection with the God whose only desire for us is that we be our best and truest selves.
May it be so for you today and every day from this day.  And may the grace and peace of our Lord Jesus Christ be with you now and always. Amen.