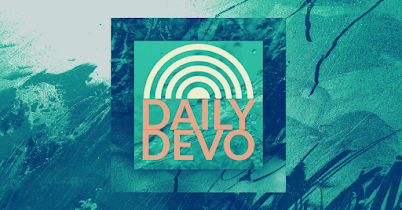 I  made this little sign a bunch of years ago that resides in my office.  It has a Latin phrase on it that reads:  Ecclesia reformata semper reformanda

It literally means: "The reformed Church must always be reforming."

When I made that sign, I was probably thinking about some of the new things I'd tried to do in the church I was serving at the time, and how so many of those new things created a great deal of angst among more than a few of my church members.

I'm only assuming this, because it happened quite a bit, and creating that sign is something that I most likely would have done as a response---just to remind myself that I was part of a long line of disruptors within the Church.

But I was thinking too small back then.  The kinds of disruption I was most likely machinating over were things like changing the worship bulletin, or the church logo, or trying to use video illustrations in the traditional worship service.

All of that was small potatoes, so to speak.  It was like changing the decor in the room, as opposed to tearing the entire room down to the studs and remodeling it.

The idea behind semper reformanda has more to do with seismic theological shifts, transformative practices, radical expressions of grace and love---you know, the kind of stuff that changes the world.

That's the kind of stuff that requires the sort of wholesale change that I've learned only comes through repentance.  Hear me out.

I saw a video the other day on Tik Tok of an Episcopal priest who was responding to a guy who had told him that Christians in our culture were "under attack."

The priest responded that he didn't think that was the case.  He thought that Christians were merely "under review."

That makes so much sense to me.  It should to any of us who call ourselves Christians right now.  There are so many people out there in the world who have negative impressions of Christians, which should give us all pause.

Padraig O'Tuama wrote about this in his excellent memoir In The Shelter.  He noted that the word for repentance in Greek was the word metanoia, which essentially means "reversal," or a "change in direction."

I can't tell you how much I love this, not only as an admonition for the Church but for myself as well.  I  need to hear this and receive it as good news for not only me, but also the Church, and the world.

Can I share something?  The five words that I believe can keep us in a state of constant reformation are simply these:  But I could be wrong.

If each of us would be willing to say these words on a daily basis when we're having conversations about faith, life, God, politics, the state of the world... we just might learn to hold our beliefs more gently and become more open to new possibilities.

Practice those words today, and pay attention to how they disarm even the people with whom you have disagreements.  See how they might take down your own barriers.

Live into the repentance that is needed for true reformation in your own life and in your faith community.