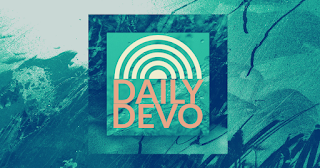 It's no secret to my friends and family that perhaps my favorite television show of all time is The Office.  There are so many quotable moments from the show, but today I have been thinking about one in particular.

Let me set the scene.  One of the main characters, Michael Scott is interviewing for a corporate job with David Wallace, the CFO of the company.  Here's the exchange:

David: So, let me ask you a question right off the bat, what do you think are your greatest strengths as a manager?

Michael Scott: Why don't I tell you what my greatest weaknesses are? I work too hard, I care too much, and sometimes I can be too invested in my job.

David: Okay. And your strengths?

Michael Scott: There you go.

You can't see it, but I had a big grin on my face as I was writing that last bit.

The reason why this bit of dialogue has been on my mind is that I  have been thinking about a weakness of mine, that isn't actually a strength and a verse that I memorized as a kid that helps me reframe that fact.

I'll get to that last part in a moment, but first, let me make a confession.

When I'm not acting in healthy ways, this weakness of mine can create tense situations, arguments, misunderstandings, and a host of other fun stuff.

I'm willing to bet that there are a few of you out there who sympathize because you have the same issue, or you are close to someone who does.

The other day, I heard someone talking about this very thing, and they related the following mantra that they say silently to themselves when they're feeling like they're not winning the battle.

I loved that line.  I've unofficially adopted it to use for myself.

It's so true, isn't it?  To fill ourselves up with the perceived needs of others, we have to empty ourselves of everything--even our ability to know better.

So how do we reframe this "weakness" so that it can be transformed into a strength?  With a little divine intervention, that's how.

And here's where the memory verse I talked about earlier comes into play.  The verse is in a letter written by the Apostle Paul to a first century church he'd planted.

Also, the verse occurs as part of a revelation that Paul makes to the Corinthians about a weakness he'd pleaded God to deliver him from.  We're not told what the weakness was.  Paul called it a "thorn in my flesh," so it obviously troubled him.

Paul reveals that God didn't deliver him from the weakness.  Instead, Paul had a vision where God speaks to him and says this:

“My grace is sufficient for you, for my power is made perfect in weakness.”

In other words, Paul began to understand that he was not useless, unfit, and too weak to be the person that God wanted him to be.  He further understood that if he had been "perfect," people would have attributed all of his accomplishments to him, and not to God.

Now, this is by no means a license for us to simply throw up our hands when it comes to getting healthier and more mature in our faith, and say, "Well, there you go!  I am who I am, take it or leave it!"

It simply means that we don't have to beat ourselves up over our mistakes.  We have been given the grace to overcome even our greatest weaknesses if we simply surrender our lives to God.  We are not disqualified.

May you let those words fall upon you like showers of grace.  May you find confidence even when you stumble to keep stumbling in the right direction---following Jesus as best you can.