Toss Out The Junk Mail 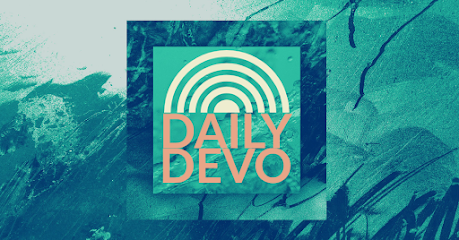 Many years ago, I preached my second sermon ever at the large, traditional, mostly formal, urban church where I was serving as a pastoral intern and the Director of Student Ministries.

There were two services at the church, and both of them were packed, so I preached to nearly a thousand people that morning.  And boy, was I green.

At that point, I had spent nearly a decade teaching and speaking to youth groups, and even a large youth conference or two, so my style was not all that formal, and I didn't read from a manuscript.

I also didn't stand behind the large, tall, climb-the-staircase-to-get-the-top pulpit, which apparently no one had really done before.  Considering the church was nearly 150 years old, that's saying something.

Instead, I preached from the chancel (stage for those of you not used to overly-church-y language), moving back and forth, using slides on the screens (which was a rare occurrence), and I encouraged the congregation to say "Amen!" every once in a while, which they seemed enthused to do.

They even clapped when it was all over.

I was so naive, I didn't realize just how many faux pas' I was making, until a couple of days later when I received a scathing, nasty anonymous letter from a church member.

I was crushed.  The words in the letter hit me right where I lived--in a place of fear and self-criticism where I secretly held on to all kinds of negative things I believed might be true of me.

I will never forget sharing the letter with the Lead Pastor of the church, who read it and then crumpled it up angrily and threw it in the trash.

"This is what you do with letters like that," he said. "Don't read them, don't let them get in your head.  You preached a magnificent sermon, and it spoke to the congregation.  Don't let this person ruin what God did through you."

His words were such a gift to me, and it was an incredible tutorial on how words can both tear down and build up.

I don't often get this right in my own life, I'm afraid.  Most of us struggle with either speaking words that are not life-giving to others or internalizing life-taking words that others have spoken to/about us.

I was reading Bob Goff's excellent daily devotion the other day, and came across this gem:

Here's what we need to do: be picky about the words we say.  They have the power to shape our lives and the lives of the people around us.  Equally important, be careful about the words you cling to.  Don't read the junk mail.  Check out the return address first.  If it didn't come from  Jesus, it's not worth listening to.

I don't know about you, but that just straight-up speaks to me.  I particularly love the part where he says, "Don't read the junk mail.  Check the return address first."

Each and every day of my life I throw away fistfuls of junk mail that gets stuffed in my mailbox.  I don't even look at any of it before making the decision to toss it.

But when it comes to the "junk mail" we get from critics, wounded people who wound people, haters, dysfunctional family members, and sometimes from perfect strangers... we keep it and ignore all of the great stuff we were sent.

I know this is an area of my life where I need a lot of work, maybe you feel the same.  So, spend today practicing what it means to throw out all of the junk, and keep the rest.  Don't let negativity cling to you, and don't cling to it.

May it be so for you.  And may the grace and peace of our Lord Jesus Christ be with you now and always. Amen.