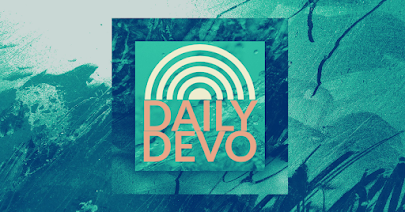 When I was a little kid I would bring home my report cards to get them signed by my parents, and inevitably we would have a conversation about what my teachers would write in the comment sections about my behavior.

Mind you, I was a fairly decent student---not at the top of my grade by any means, but also not near the bottom.  So the issue was never really my marks.  The issue was always about how much I was unfocused in class.

"Spends a lot of time doodling or drawing."
"Not focused on the task at hand."
"Occasionally disrupts the class by cutting up/making others laugh."
But the one that appeared the most was this one:
"Has an issue with daydreaming."

As far back as I can remember, the label "daydreamer" was one that followed me from grade to grade, class to class, school to school.  And if that exact word wasn't used in my report cards, the one that was used was close.

The truth about all this is that I  had an active imagination, and often found myself lost in my reveries, playing out scores of imaginary scenarios in my head, living a hundred different lives while sitting at my desk.

Most of these daydreams were of the hopelessly romantic flavor.

When I was in second grade I imagined that I was married to Miss Bruns, my beautiful and stylish teacher.  In other daydreams, I was the hero of the playground, rescuer of the innocent, protector of the weak.

As I got older, I began to imagine living a different kind of life, one where my family had more money, and less religion.  I daydreamed about girls I liked, sports I longed to excel at, and much more.

I rarely shared my daydreams with anyone. Because my daydreaming had always been a source of rebuke, I was ashamed of it.  But despite all of that, I never completely stopped daydreaming, even as an adult.

There has always been a small place in my soul that refuses to let go of that daydreaming kid.

Sometimes I will have conversations with people who have questions about all of the miraculous claims the Bible makes about God, and how God interacts with humankind.  I'll admit, it's hard to explain some of the incredible miracle stories in Scripture.

In fact, the stories surrounding Jesus' miracles, healings, and Resurrection often are the most challenging for people to trust.

It also doesn't help that most of the arguments that are made in defense of these stories by Christians are made from places of certainty, rather than wonder.  It's like the people who are making them have forgotten what it is to dream.

Mary Oliver once wrote: Keep some room in your heart for the unimaginable.

The question I ask myself about these kinds of things is a simple one---the kind that little kid I used to be would have asked had he been able to articulate his feelings better:

Do you really want to live in a world where the miraculous isn't possible?

So, here's to all the daydreamers out there who refuse to let go of their dreams.  Here's to the wonder-filled, the fantasy-fueled, and the hopeless romantics.  The world needs us right now more than ever.