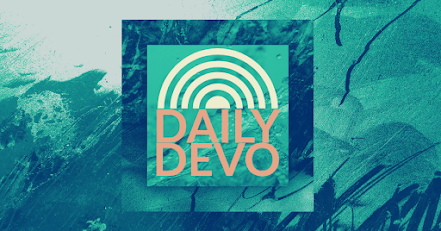 I have a confession to make, and I hope it won't lower your estimation of me too much.  You see, when someone says something offensive to me or about me, I have a hard time letting it go.

You might be saying, "That's not much of a confession, man.  Tell us something juicier."  Okay, here goes.  But only because you requested it.

Not only do I have a hard time letting it go when I feel someone has slighted me, I actually have an uncontrollable urge to return the favor, and then some.  And I'm talking about a scorched earth, raze the castle, total demolition kind of response.

Let me offer an example.  There was this guy in one of my former churches who just got under my skin.  He was condescending, patronizing, petty, and seemed to find joy in publicly humiliating me for some odd reason.

One day, after he displayed an especially egregious, disrespectful, and personal insult in front of a roomful of people, I let him have it.  It wasn't pretty.  I'd been saving up some stuff and it all came out in a rush in an epic takedown.

It felt good to get it all out... for a brief moment at least.

After that brief moment passed, I found myself looking around the room at the astonished faces of the other church members while the guy turned beet red, and began mumbling some sort of incoherent apology.

I suddenly realized that somehow, in spite of everything, I was now considered the bully in that scenario.

The reason was pretty simple, though.  I should have known that everyone there knew what kind of guy he was.  They knew he was obnoxious and rude.  But they thought I wasn't.  Until I proved them wrong.

At that moment, I wished that I had adhered to the wisdom of Proverbs 15:1, which I'd memorized when I was a kid:  "A soft word turns away wrath, but a harsh word stirs up anger."

Maybe you've had a moment like that before in your life.  Or perhaps you have a person in your life who constantly pushes your buttons, so much so that you find yourself acting out, lashing out, or freaking out.

It could be that you also keep all of the anger you feel toward that person inside, letting it build like a pressure cooker, only to explode in other ways.

I recently read a quote from the 14th-century Dutch theologian Thomas a' Kempis that really spoke to me about this very thing.  Kempis addresses what a Christ-follower's response to hurtful words ought to be:

What hurt could it do thee if thou wouldst let it pass and make no account of it? Could it even so much as pluck one hair from thy head?

For the person who is at peace with themselves, and with God, no amount of verbal slings and arrows can penetrate them.  They are impervious to such things because they know who they are, and that they are loved beyond all love by a God within whom they find their identity.

In fact, as Kempis wrote, there isn't a single thing that someone might say to you that could harm even a hair on your head.

May you discover this kind of peace within yourself.  May you live in such a way where you relinquish your desire to strike back, even when you are struck.  May you bear witness to the grace and mercy of God.