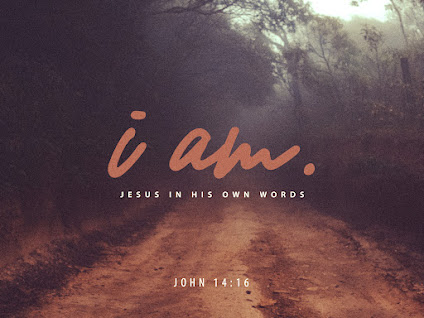 Throughout this series, we have studied three of those definitive statements by Jesus as we conveyed to his followers who he was, and what he came to do.

Today we're going to be exploring what Jesus meant when he declared to his disciples: "I am the Vine."

First, before we dig into the Scripture, let's do a little tutorial on vines and vineyards.

We'll start with the anatomy of a grapevine.  Show images

Did you know where to find the very best grapes on the grapevine?  They're the ones that are closest to the vine itself where all of the nutrients are.

Then there's pruning, preparing, and harvesting.  The vines have to be trained.  Pruning has to happen or the grapes will suffer.  Sometimes it seems excessive.

So what do we take from this when we start thinking about Jesus, identifying himself as the Vine or the "true Vine?"

Our proximity matters.  How close are we to Jesus, really?  Are we demonstrating with our lives that we are close to Christ?  Can people tell?

And what kind of fruit are we producing?  Hint: it's all about the kingdom of God, bringing shalom, publicly demonstrating that we believe what we profess to believe.

Here's the one thing that I want us to hang on to today:

If you want to be like Jesus, get closer to Jesus.

1 “I am the true vine, and my Father is the gardener. 2 He cuts off every branch in me that bears no fruit, while every branch that does bear fruit he prunes[a] so that it will be even more fruitful. 3 You are already clean because of the word I have spoken to you. 4 Remain in me, as I also remain in you. No branch can bear fruit by itself; it must remain in the vine. Neither can you bear fruit unless you remain in me.

Like he does with so much of his public teaching, Jesus is building on cultural and historical images of material examples that are readily available, widely understood, and often very symbolic.

In the case of vines, the Hebrew people would have had a long history of using grapevines as a sign and symbol of God's deep love and care for Israel.

Israel was often depicted as a vine that was cared for by the owner of the vineyard (God).  Jesus makes a bold move here, that we'll address in a moment.

But let me just say something about the use of the word "abide" or "remain," which is used about ten times as a way of stressing mutual dependence and interconnectedness.  Jesus wanted his followers to be close to him, to be identified with him.

Why was this such a big deal to the author of John's Gospel?  It could have been because the community that lifted this gospel up as authoritative was most likely driven out of the synagogue, and was also having a hard time finding connections within the nascent Christian community as well.

The thing that probably got them booted from the synagogue was the fact that in this gospel Jesus boldly claims that he is the true embodiment of the vine in those ancient metaphors, not Israel.

And so Jesus tells his followers this so that they will begin to understand the divine presence within him, and his use of imagery attached to his command to "abide" is intuitive and mystical.

In other words, Jesus moves his followers out of the realm of doctrines, dogma, rote memorization of the rules, etc., and toward the realm of experience.

And ultimately what Jesus wants his followers to know is that the vine is not separate and is indistinguishable from its branches.  That's the basic anatomy lesson we learned earlier.  Branches are never independent, though, and they are always rooted and growing out of the vine.

So why is this important to us?

Our Abiding In Christ, Enables Us To Share Christ

When you’re close, your focus narrows. All the extraneous stuff blurs out of focus.

When you’re close, you desire the same things. "Ask whatever you wish" - St. Augustine: "Love God and do what you want."

Pruning—Getting Rid of What Prohibits Growth.

Move away from self-preservation - this isn't about keeping what you have, holding on to the past, avoiding short-term discomfort.

Embrace the interconnectedness to Christ and Community - the Genesis 3 story is grounded in individuality, self-reliance.

This is a both/and moment.  We need to tend to our own spiritual growth, but not at the detriment of fulfilling God's desires for community, and connectedness.

If you want to be like Jesus, get closer to Jesus.