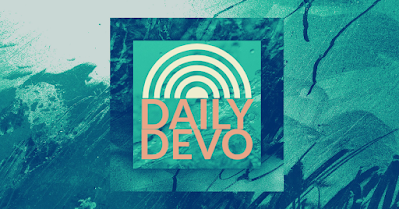 Many years ago, I worked as a chaplain in Florida Hospital for an entire summer as part of a requirement to become an ordained minister. It was one of the very best and worst things I've ever had to do.

I learned about the grey areas of faith during that summer.  I learned that there are no easy answers to life's hardest questions about life, faith, God, and church.

I remember one moment in particular that really helped me understand the constructive role that doubt can play in your life of faith.

I was the chaplain on duty one day when I received a call for a "Code Blue," which meant that a patient in the hospital was crashing, and in need of being resuscitated.

I arrived at a chaotic scene as the code team was working on a middle-aged man while his wife and teenaged daughter stood outside the room crying.  The daughter was extremely agitated and began to pace wildly up and down the hall.

I approached her and identified myself as the chaplain, and just about that moment a nurse came out of the room and informed me that the man didn't make it.

She finally collapsed in a heap on the floor, and I sat down next to her.  She reached out and grabbed my arm in a vise-like grip.

At that point, a doctor emerged and approached the girl's mother, who had been standing stricken and silent by the door.  "Your husband is stable," he said flatly.  "We thought we lost him, but he pulled through."

I felt the vise grip on my arm loosen, and the young woman next to me looked like she was deflating.  Tears coursed down her cheeks as she shook all over like a leaf in the wind.

I took her hand and squeezed it.  "You don't have to apologize.  There's nothing to be sorry for.  Everything is going to be all right."  I lifted my head and wondered silently if I was wrong to tell her that, and then decided I wasn't.

I couldn't even imagine what she was feeling in that rollercoaster moment, but I wanted her to know that God was big enough to handle any doubts she might have about God, and then some.

"Thank you," she said softly.  "I'm going to go see my dad."  I helped her up and watched as she went to her mom and they walked slowly into the hospital room together.

The great theologian Paul Tillich wrote this many years ago:

Doubt isn’t the opposite of faith; it is an element of faith… Sometimes I  think it is my mission to bring faith to the faithless, and doubt to the faithful.

What I hope that young woman learned that day was that her doubts were an integral part of her faith.  I hope that she learned that God can't be chased away by a string of wounded and angry expletives.

I  hope she learned that no matter what happens in her life, God will never leave or forsake her.  She can never chase God away... ever.

May you know this to be true in your own heart today and every day.  May you know that your doubts might be great, but God is greater.  And your doubts are a huge part of the strengthening of your faith, so don't despise them.

And may the grace and peace of our Lord Jesus Christ be with you and always. Amen.