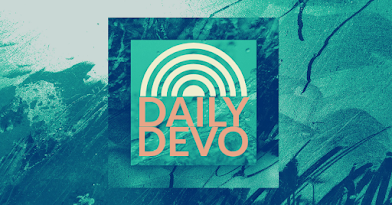 When I was a kid, I distinctly remember listening to my youth pastor preach to our group on the New Testament passage below:

Matthew 16:24–26 (NKJV) “Then Jesus said to His disciples, 'If anyone desires to come after Me, let him deny himself, and take up his cross, and follow Me. For whoever desires to save his life will lose it, but whoever loses his life for My sake will find it.

The gist of his sermon was simply this:  In order to be a Christian, you have to resist the temptation to give in to the "sins of the flesh"--sins like listening to rock-n-roll music, smoking, drinking, doing drugs, and ultimately having sex outside of marriage.
As the parent of teenagers, I get where he was coming from, honestly.  Like most of the adults in the communities of faith I belonged to back then, he was simply doing everything he could to shield the young people in his care from the hard realities of life.
As it turns out, the passage in Matthew that he quoted to us on numerous occasions had nothing to do with the kinds of sins my youth leader attached to it,  and much more to do with surrender to a better way of life, and a commitment to bringing the kingdom of God to earth.
Time and again, Jesus demonstrated his acceptance, love, and compassion for individuals who were caught in the endless loops of guilt and shame that were heaped upon them by their religious leaders.
But he often railed against the sinful systems, structures, and religious beliefs that kept people from becoming their best and truest selves.   He wanted his followers to be aware of these systems, structures, and beliefs, and to resist them.
Padraig O'Tuama sums it up like this:

The story of the incarnation of Jesus of Nazareth into the lives of ordinary people is not just a story of taking individual sins on like a heavy sack over his holy shoulder but a story of living in the midst of a society that holds hope with corruption, a society where you can be condemned for doing something good, a society that punishes those who are already punished and a society with a pathological relationship to our own capacity for good.

Jesus wanted his followers to hold on to hope in the midst of hopelessness.  He wanted them to believe that God's reign of peace had already begun, that God's kingdom was being born all around them.
He also wanted them to know that in order for them to be kingdom-bringers and peace-makers, they needed to let go of shame and guilt, and step into a new and abundant kind of life free from the corruption that sought to keep them down.
And this also needs to be said...  What a lot of Christians purport to be "sin" typically also happen to be directly connected to their own preferences, prejudices, and fears.
By contrast, when Jesus told his followers that they needed to deny themselves, he absolutely meant they needed to die to their own egos and the self-centered ways in which they tended to view the world and others.
There is freedom in that kind of surrender, the kind of freedom that enables us to jettison our guilt, and embrace hope.  It's the kind of freedom that enables us to see all of the ways we have been part of sinful systems and structures, and what we can do to change them.
Then we can truly begin to live as though heaven is here on earth.  Then we can begin to see signs of Resurrection all around us.  And then we can learn that the way of Christ is one that leads to eternal life---both now, and forever.
May the grace and peace of our Lord Jesus Christ be with you now and always. Amen.