Believe And Then See 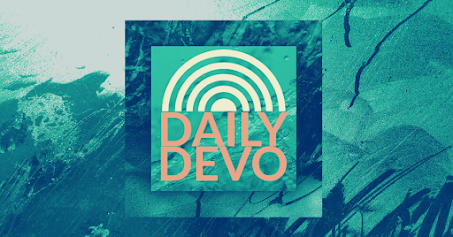 The other day I was reading a book about mindfulness and meditation, and the author basically said, "All your worries and anxieties can be alleviated by practicing meditation, breathing in and out, and becoming more mindful of your surroundings."

He then went on to say that when he wakes up in the middle of the night and can't go back to sleep, he focuses on his breathing, and meditates for a bit, and just like that he drifts away.

Or if he gets agitated, he practices walking meditation until the agitation, or frustration fades.

As I read those passages in the book, I decided on two things:  1) Try as I might I will probably never figure out how to be mindful enough to beat my insomnia when it hits me, and 2) I'm not sure walking in the oppressive, humid summer heat would be all that relaxing.

But I also decided that I could definitely use a moment or two of sitting stock still and trying to think about absolutely nothing for a while, and so I  found a quiet spot outside and posted up.

What happened in the ensuing twenty minutes was amazing.  I closed my eyes and listened to the sounds of birds, squirrels, insects, the wind blowing in the trees, and an occasional car driving by on the street.

I  took deep breaths.  I felt the wind on my face, and the chair beneath me.  My feet felt like they were one with the ground.  And then I prayed--just one-word prayers at first that soon became partial sentences filled with wishes and longings.

When I opened my eyes, I discovered I could see all the different shades of green in the trees around me, the summertime flowers swaying in the breeze, and birds flitting this way and that.

It was quiet and beautiful, and I would have never taken the time to see it if I hadn't slowed down, and believed that something would happen when I did.

I recently read this amazing line from Steven Charleston's latest book, and it speaks directly into what I was experiencing at that moment:

The entire Gospel of John is permeated with the words "seeing" and "believing." It is filled with stories of people having their eyes opened by Jesus to the reality of the kingdom of God all around them.

The author was writing to a generation of Christians who never had direct contact with Jesus---they had never seen him, nor experienced him first hand.  But despite this, they were being challenged to believe in order for them to see.

And what they were being asked to believe was that Jesus was the very embodiment of the eternal, universal Christ, who had entered into history in order to show what it looked like when the shalom of God is made known, and the extent to which God is willing to go to reveal it to us.

Like the apostles before them, these early Christians had their eyes opened because of their openness, and began to see the evidence of shalom all around them, in them, and through them.

Take the time today to be still and long for God.

Live in openness to the guidance of the Holy Spirit to show you the in-breaking of God's shalom in the colors of creation, flashes of goodness and mercy, and signs of resurrection.

Stumble after Jesus, the Christ, and believe that where he leads is exactly where you need to go.