When An Eagle Believes Its A Chicken 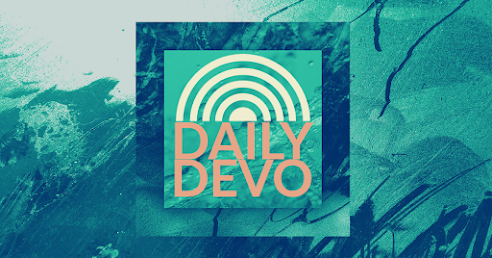 In The Song of the Bird, his excellent little book of parables, Fr. Anthony de Mello tells the story of a man who found an eagle's egg, and then put it into the nest of one of his backyard hens.

The egg hatched, and the eagle grew up thinking it was a chicken.  It clucked and cackled, scratching at the ground like the other chickens.  The eagle would flap his wings and fly only a few feet off the ground.

The eagle grew old, and one day as he was scratching at the ground with one of the chickens he saw a magnificent bird flying high above him.  "What is that?" he asked.  "That's an eagle the king of the birds," his companion replied.

"He belongs to the sky.  We belong to the earth--we're chickens."  The old eagle went back to scratching.  He lived and died a chicken because that's what he thought he was.

This parable speaks to me---let me tell you why.

Far too many of us deny our true nature, our destiny, a life lived soaring above the earth because we never understand that we were meant for more.  In fact, we often allow ourselves to be told who we are by others, ignoring the truth that is right in front of us.

There have been seasons in my own life when I began to realize that many of the things I believed, the truths I held on to so tightly, and even the way I saw myself weren't working for any longer.

And there were people then who told me I just needed to stay where I was.  They wanted me to ignore what I was feeling, and what I was learning.  My realizations scared them.

You see, they had neat little categories for life, the universe, and everything, and I fit into one of those categories.

It happens like that sometimes.  You start to grow, your faith expands, your understanding of God gets bigger, and it frightens those around you who aren't willing to look up from the ground and imagine a life soaring above it.

Sometimes you have to let go of what was in order to experience what is to come.  It doesn't mean that you cast all of it aside like an old shoe, it just means that you don't need all of it to move and to live bigger.

What if the eagle had looked up sooner?  He might have lifted his wings and soared away from the life he'd known, but I would like to imagine that he would have never forgotten the way he was cared for and what he learned from his time scratching the ground.

Maybe it would have humbled him a bit.

Perhaps he would have soared away thinking that he never had to scratch around on the ground again, but he would always know what it felt like, and he would remember that he was taken in, and cared for.

And maybe he would never forget where he came from, and the grace that had brought him to the moment when he took flight, and never looked back.

He would go on to see the tops of the highest trees, skim the surface of crystal lakes, fly to the top of mountains, but he would always know how the earth smelled, and what it felt like to belong to a community that did its best to teach him.

I suppose I'm romanticizing it a bit, but I do that sometimes.  Still, I like my alternative ending to that parable over de Mello's.  Probably because I have lived it.

Where do you find yourself in this story?  What resonates with you about what I've shared today?

Are you feeling like there's more for you---that you were meant to fly? Don't be afraid.  Take what you need and move because there's life to be had---the kind of abundant life Jesus came to bring us.