The World Is An Unreliable Critic 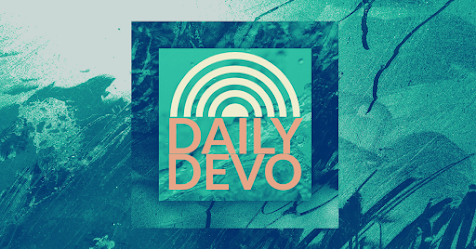 I was watching a TED talk on creativity and courage that actor, director, writer, and musician Ethan Hawke delivered, and he said something that resonated with me.

He was speaking about the fear that so many of us have to use the gifts we have because we've been told somewhere along the way that what we have to offer isn't good enough.  Here's what he said:

If history has taught us anything, it's that the world is an unreliable critic.

I think the reason that line resonated with me so much is that I know what it's like to create, write, speak and put things out into the world that could very well invite criticism.

In fact, I have received my fair share of it over the years.  Some of it was warranted, mind you.  I'm not perfect, so I make mistakes from time to time.  And sometimes the things I write or say in public are sure to offend some folks, or at the very least generate a negative reaction for one reason or another.

But I've learned a thing or two about critics over the years.

First, Hawke is right.  The world is an unreliable critic.  What is lauded one day by the masses, could very well be reviled the next.  Plus, sometimes the world just plain gets it wrong.

Second, criticism can be a powerful motivator or a powerful inhibitor.  We can use criticism to help shape us, fire us up, keep us moving and refine our work, our art, or passions.  Or it can become the very thing that silences us, causes us to retreat, or hide our light.

It's up to us, in the end, to decide which, and the choices we make in those moments are critical.

As I have been writing this, I am reminded of the speech that Theodore Roosevelt delivered entitled The Man In the Arena, which (non-inclusive language, notwithstanding) has served as an inspiration for many.

I've dusted up the words from that speech a bit to go something like this:

"It is not the critic who counts; not the [person] who points out how the strong [person] stumbles, or where the doer of deeds could have done them better. The credit belongs to the [person] who is actually in the arena, whose face is marred by dust and sweat and blood; who strives valiantly; who errs, who comes short again and again, because there is no effort without error and shortcoming; but who does actually strive to do the deeds; who knows great enthusiasms, the great devotions; who spends [themselves] in a worthy cause; who at the best knows, in the end, the triumph of high achievement, and who at the worst, if [they fail], at least [fail] while daring greatly, so that [their] place shall never be with those cold and timid souls who neither know victory nor defeat."

I don't often include such long quotes here, but this one is best read in its entirety.

So many of us have let the fear of criticism keep us from doing the very things that we were meant to do.  We let it keep us from pursuing our passions.  We let the imagined voices of the naysayers tell us that we are foolish, inadequate, unpolished... or worse, that our gifts aren't needed.

"Someone else has done this better," we have been taught to say to ourselves.

It could be that there have been other voices, other creators, artists, innovators, and the like, but whatever it is that you burn to do has not been done by you.

Jesus responded to his critics masterfully.  He countered their arguments with better stories.  He answered their doctrinal and dogmatic criticisms by healing, feeding, restoring, and loving.

And he answered their last, desperate attempts to silence him with Resurrection.

Share your gifts.  Don't let critics, most of whom are terrified of creating, put out the light inside of you.  Let it shine.  Put your gifts out into the world, learn from your mistakes, and keep striving.  You are needed.