The True Christian Story Needs To Be Told 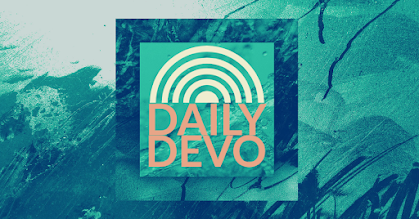 At a recent meeting of the Southern Baptist Convention, a convening of delegates from the largest "Protestant" denomination in the U.S., a debate ensued regarding the SBC's stance on racial injustice.
The debate was inevitable because conservatives within the SBC have been angry and outspoken about what they perceive as a "takeover" by their more moderate colleagues within the denomination.
One delegate decried what he believed to be a capitulation by the SBC to "woke culture," and even offered up this little gem:  "Jesus wasn't woke."
Another delegate rose during the debate and said this:  "If [the moderates] were as passionate about the Gospel as they are about racial justice, we would win the whole world for Christ."
Thankfully, the moderates seemed to win the day in the end.  But those comments bugged me for a lot of reasons---not the least of which is that it's not the first time I've heard them or ones like them.
Here's the thing... when you actually read the accounts of Jesus from the New Testament, you begin to realize that in a world of people who were asleep, Jesus was the most woke person around.
He reached out to people who were on the margins, ate with "sinners," defied the religious traditions that sought to exclude, honored the role of women in leadership (women were chosen to carry the Ressurection message), and a host of other things that would have probably had him censored or cast out of many of the very denominations that claim to represent him.
And "the Gospel" that Jesus came to proclaim was not about getting your Get-Out-Of-Hell-Free card punched.  He unequivocally stated that he came to set captives free, give sight to the blind, and offer hope to the oppressed.
I read this poem by Padraig O'Tuama the other day, and I thought I'd share it here:
The beginning of wisdom
was when I learnt the difference
between believing in the truth
and telling the truth
about
belief.
If those of us who call ourselves Christians want to have a compelling witness to the Resurrection for the sake of the world then perhaps we need to start by telling the truth about our beliefs.
Because the truth is that the Gospel of Jesus Christ isn't "good news" if it isn't good news for everyone.  And perhaps the best possible way that we can be compelling examples of Christ's love is by showing it---to everyone.
The fact of the matter is that if we don't care enough about issues like racial justice, environmental stewardship, equity, and inclusion, we aren't sharing the Gospel at all.  We merely offering up a pale, narrow, stunted version of it that is sure to keep people from wanting to know more.
Our friends, neighbors, co-workers, colleagues, family members, and everyone we encounter deserves a better story, and we have one to tell.  And the outline for this is all within the pages of Scripture for those who are willing to study and learn with an open mind and open heart.
So read the stories of Jesus again.  Make it a habit that you repeat every day.  See for yourself what it means to share the Gospel as Jesus commanded his followers to do, and then live it, share it, tell it...
May the grace and peace of our Lord Jesus Christ be with you now and always. Amen.