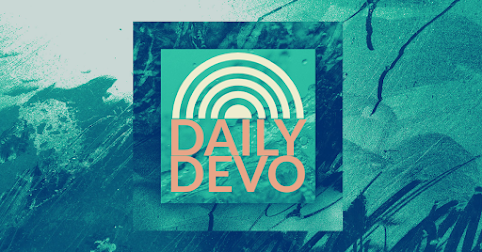 Five years ago tomorrow, I was practicing my sermon in my office on a Sunday morning, when I saw a news flash appear on my phone that would rock me to my core.

The church where I served then was just outside of Orlando, Florida where a mass shooting had occurred in the early morning hours.  The shooting was at the Pulse nightclub---a club frequented by many of the young members of the Orlando LGBTQ+ community.

Omar Mateen, a severely disturbed 29-year-old man, who had become brainwashed by radical Islamist propaganda, entered the club at 2AM armed with an assault weapon and began shooting.

When it finally ended three hours later, after police shot and killed Mateen, there were 49 people dead, and 53 wounded.

Investigators learned later that Mateen had scoped out the nightclub, and planned the attack because the club catered to the LGBTQ+ community.  It was not only a terrorist attack, it was also a hate crime, motivated by the kind of bigotry that often emanates from fundamentalist religious beliefs.

Not long after the attack, I visited the site of the shooting at Pulse and spent some time looking at all of the memorials and shrines that had been set up by friends, loved ones, and people from the community who were moved by the tragedy.

It was a holy moment for me, and one that I will never forget.

I remember standing in front of a shrine made up of 49 rainbow-colored candles with the names of those who were lost written on them.  My eyes filled with tears, and I prayed out loud a prayer from the Psalms:  "How long, O Lord?  How long?"

Five years ago, I wrote these words in a Daily Devo:

While there were some incredible moments of grace and love from the Christian community following that incredible tragedy, I am sad to say that not much has changed in the Church as a whole since then.
What should have been a wake-up call, followed by a sea-change of love, acceptance, and inclusion within the Church toward our LGBTQ+ siblings simply didn't happen.
Instead of demonstrating the "incredible, relentless, and unconditional love of Jesus," far too many Christians, churches and faith communities have chosen another path---a path of exclusion that (as we have seen) ultimately leads to hate, bigotry, and even violence.
For so many of my friends in the LGBTQ+ community, who want desperately to follow Jesus, and to find a home within the Church---there are far too few safe places to go.
This should not be.  Jesus' example demands that we live better than this if we are to truly follow him, and anything less is... well, not Christian.
Jesus also taught that we are to love our neighbors as ourselves and that more often than not loving our neighbors is going to take us out of our comfort zones.  The Gospel is like that.  It comforts the afflicted but afflicts the comfortable.
I'm humbled to lead a church that is a safe space for our LGBTQ+ siblings, where they can know acceptance and full inclusion.
At my church, when we say that we are called to "Love God, and Love Everybody," we mean it.  We don't always get it right, but we are stumbling after Jesus, and pray that we are stumbling in the right direction.
May we see an end to hatred and fear.  May we see an end to bigotry and violence.  May we see an end to an exclusive faith that doesn't fully express the unconditional love of God for all... including us.
May the grace and peace of our Lord Jesus Christ be with you now and always. Amen.