Grace Will Find You 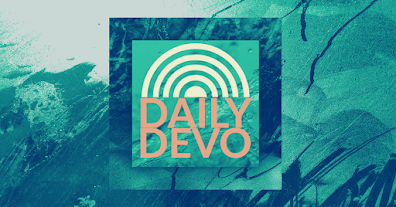 I remember the first time I went back to church after five-plus years of giving up on God, Christianity, and anything that resembled a church.  Let's just say, I didn't go willingly.

My wife Merideth insisted that we needed to find a church to attend even though I was insistent we didn't.  My arguments against it were pretty sound, in my opinion.

You see, I'd had enough of Christianity (at least the form of it I had grown up with). I also had decided that the judgemental, demanding, vengeful God of my youth didn't deserve one moment of my belief, so I had cut that God out of my life.

It was kind of liberating, actually.  I found I was perfectly content without that God in my life, along with the people who found that God so enthralling. And church... Yeah, I definitely didn't miss church.

What I didn't know at the time, was that the God I didn't believe in didn't exist, and the churches I'd grown up in didn't represent every lane in Christianity---just the narrow, angry, fearful ones.

But that first Sunday back to church was hard for me.  I was filled with trepidation, and had my armor on, ready to do battle if I needed to.  I steeled myself for what I just knew was going to a repeat of all that I'd experienced before.

It was a Presbyterian church that we attended, mostly because I'd given Merideth a list of churches I didn't want to attend but didn't include Presbyterian on the list.  Also, she had been raised Presbyterian and had much more positive experiences in church than I had.

I wasn't sure what to expect, but what I absolutely didn't expect was that I would spend almost the entire service in tears, and pretty much every service after that for a couple of months.

For the first time since I was a small child, I heard someone say that God loved me.  I heard that God not only loved me but that God also believed in me---even when I hadn't believed in God.

I also heard that all this God wanted from me, was me---just as I was.  I could bring my doubts, fears, skepticism, anger, hurt, and resentment toward God, the Church, and Christianity itself to this God, and this God would never waver, judge, or reject me.

It was transformative.  Something shifted in my heart, and it must have been connected directly to the part of my head that made me cry because I did that a lot, and for a bunch of Sundays.

Something happened to me then that would irrevocably change the course of my life.  The seeds of grace that were planted then would grow and eventually blossom into something I'd never expected.

I read a quote from Anne Lamott about grace the other day, and I loved it, so I thought I would share it with you here:

I do not understand the mystery of grace--only that it meets us where we are and does not leave us where it found us.

That sums up the story of my faith journey quite perfectly.  It was true all those many years ago, and it is still true today.  I continue to be astounded by the grace of a God who meets me where I am and leads me to where I am meant to be.

It could be that you are reading this and find yourself in a place where you're wondering if you will ever find faith again.  Maybe you are finding it hard to believe in a God like the one I described---the one that doesn't really exist.

Maybe you've become disillusioned with the Church, and the people who claim to be Christians but don't seem to be acting like anything resembling Jesus.  Maybe you are ready to give up on all of it.

Let me encourage you to let all of that go, and learn to trust that there is another way.  Grace will find you if you are willing to embrace it.  God believes in you, even if your belief in God is wavering.  You are loved and accepted as you are, and loved enough not to let you stay where you are.